What do we mean by a broad education? 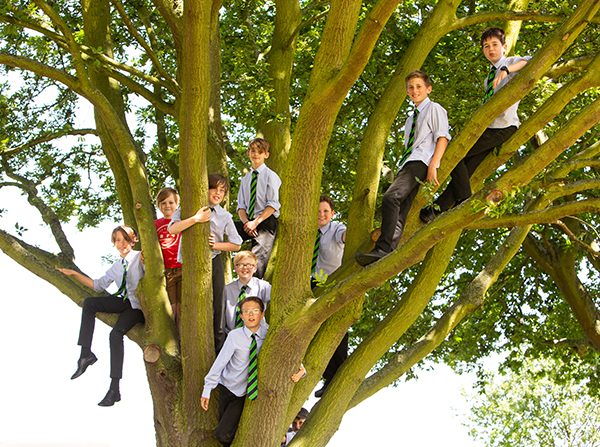 What do we mean by a broad education?

I sometimes feel I am something of a poacher turned gamekeeper. At school, I had my fair share of run ins with my housemaster as well as a few teachers. I worked moderately hard but probably played harder and certainly had no real sense of direction when it came to what lay beyond the weekend.

My school was relaxed when it came to academic challenge and, whilst I played my own part in not prioritising the right things at the right time, I suspect many pupils left the school having failed to reach their potential. By the time I reached sixth form, my thoughts on my future career varied but they were largely unimaginative and entailed following in my family's footsteps; the forces. In fact, I had little idea where I was heading until circumstances landed me, literally, at the roundabout by Stansted and a last-minute role as a graduate teacher at a school in Bishops Stortford.

I sometimes reflect on what I might have done (or indeed might do next) and in this regard I feel that, despite a lack of a plan and a calling to a particular profession, I was fortunate to be well prepared. In part, I believe this was from holidays spent in employment.

Aged 21, I had a CV that ran to several sides of A4 and included strawberry picker, external decorator, post boy, bar man and potato peeler together with my least favourite, public health laboratory worker. The second reason was that, despite what would now be assessed as a less -than -rigorous academic education, it was enriched by a few passionate teachers with a real devotion to their interests outside the classroom. Whilst it came nowhere near to the breadth of opportunities at RHS, the experiences on Dartmoor, through drama, in CCF and on the playing fields developed an independence and confidence that have served me well.

It is inevitable that one's own personal experiences will influence what we want for our own children and as Head, I would hope that in years to come current pupils will not reflect that their teachers and the school itself did not have high expectations for them academically. However, I do know, all too well that, in preparing our pupils for where they will be at 25 and for the world beyond school, they will need a whole lot more than nine GCSEs and some post-16 qualifications (A levels/BTECs).

Howard Gardner, the American psychologist suggested that every individual had a number of different intelligence factors beyond just intellectual capacity including musical, interpersonal, spatial-visual, logical, kinaesthetic, intrapersonal and naturalist. Whilst his approach has fewer advocates today, I think it is helpful in recognising everyone has skills and abilities in different areas and, as a school, we are responsible for encouraging them all.

Developing the whole person through a broad education is at the heart of the RHS ethos evident in the structure of the week, in the things we celebrate and in the qualities we seek in our staff. Professor Robert Plomin in his book 'Blueprint' outlines the new world of personal genomics; -Plomin explains that to some extent our destiny is determined by our particular DNA and, more controversially, that nurture in the home is as irrelevant as the school environment for influencing whether we become healthy or ill, kind or gritty, happy or sad, wealthy or poor.

However, he does go on to explain that this does not mean we should resign ourselves to a mantra of 'que sera, sera.' Rather, he explains that childhood development can be influenced by the diversity of experiences as well as the active and informed choices that an individual makes. At RHS, we believe diversity is important, diversity in intake, diversity in the school community and diversity of opportunity.

We know that RHS has a deliberately broad intake - an ability profile that is commensurate with most secondary schools nationally. Every term I hear from pupils who are quick to tell me that they are not good at maths (read any subject or activity). I know that for some, the traditional academic curriculum is a struggle and, as they look to their peers, they feel the pressure of not being as good as others. And, it for this reason, that we continue to offer all our pupils the opportunity to find their 'thing'. The thing that they can be good at and, failing this, the thing they really enjoy.

We know from talking to alumni and former parents that there is 'a special something' that comes from the time spent at RHS which is key in developing the skills that ensure our pupils are self-disciplined, reliable, self-aware and independent. It is why we continue to put such an emphasis on Divisions, on physical activity, on oratory, on pupil voice and pupil leadership and, above all, on engagement in activities and challenges; be they physical, such as the Pringle Trophy and Devizes to Westminster race, or problem-solving, such as Race for the Line. It is through the diversity of opportunity, and the significance we place on these aspects of an RHS education, that we hope to help our pupils to develop the skills, passions and attributes to navigate their lives successfully.

The term 'a broad education' is often bandied around in schools but, proving that it is indeed a reality is something that is worth interrogating. For RHS, I believe we stand well to such scrutiny, academic rigour is important but discovering the leaders and influencers of tomorrow is about developing and finding in each individual their strongest intelligent features. And for me, if Labour's motion were ever to come fruition, I would feel confident I could give the gamekeeper role a good go!