Big thanks to Jack Beaman (St. Vincent 2005), CEO of Syft. Jack came back to RHS after nearly 15 years to have a 'Fireside Chat' with the Headmaster and pupils in the new Richards Library. Jack used his own journey, which certainly wasn't the smoothest, to convince pupils that everyone has got what it takes to succeed and to continually improve – if they really commit to it. Underneath Jack's story of Syft, the UK's biggest online temping agency, being snapped up by Indeed, lies a much more complex jigsaw. The discussion touched upon self-awareness, developing relationships and knowing when and how to make rational decisions – continued personal development that can be applied to life itself. 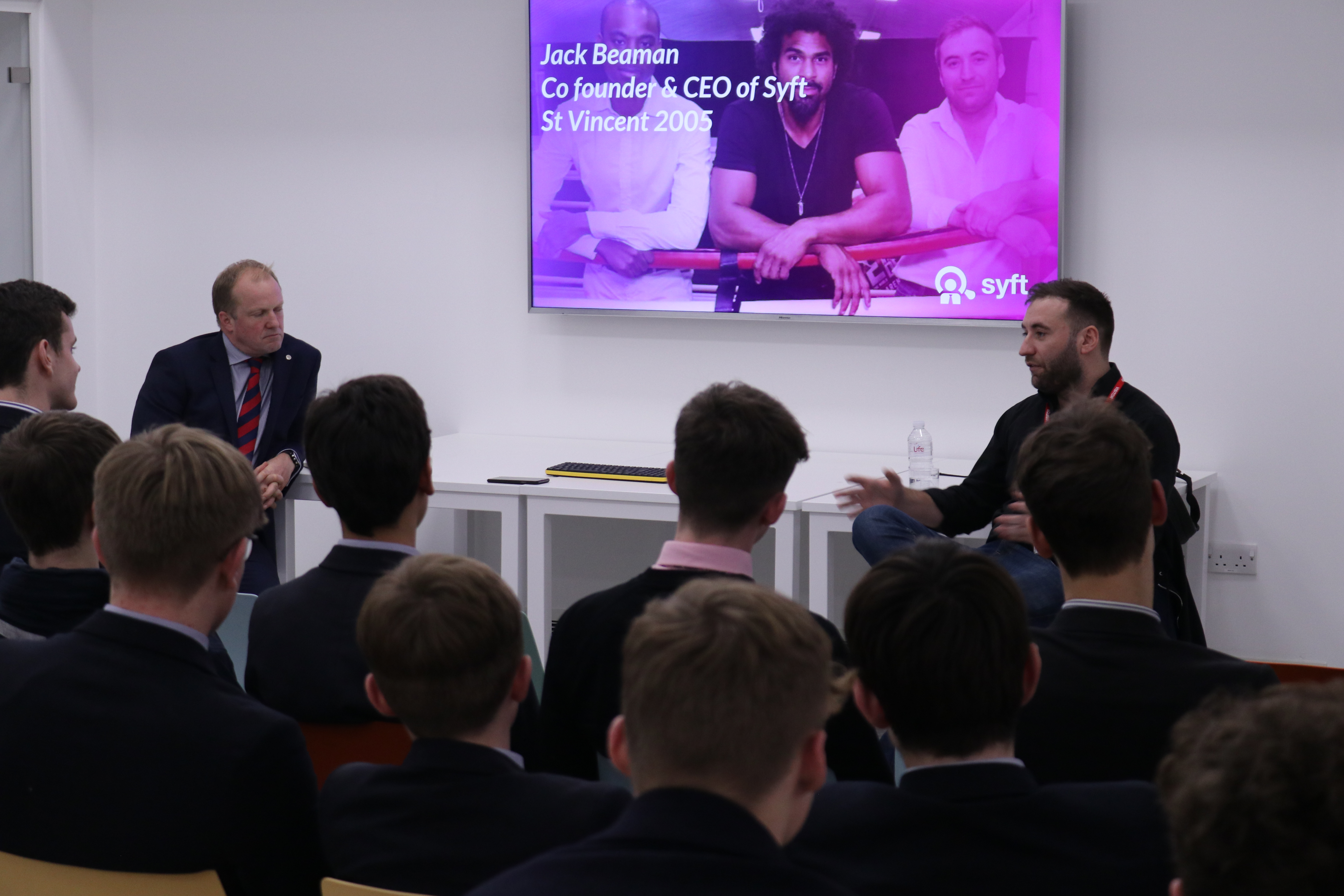 It was Jack's personal journey to becoming CEO of Syft that really hit a chord with pupils. Pupils related to his story and appreciated his honest self-reflection (as did some of his former teachers!). Pupils asked great questions and explored the life skills the distinct RHS education provides beyond the purely academic. Jack credited the broad social mix at RHS, team sports and the intricate rules and boundaries of RHS life with the 'chameleon' like ability of RHS alumni to get on with people no matter who they are. 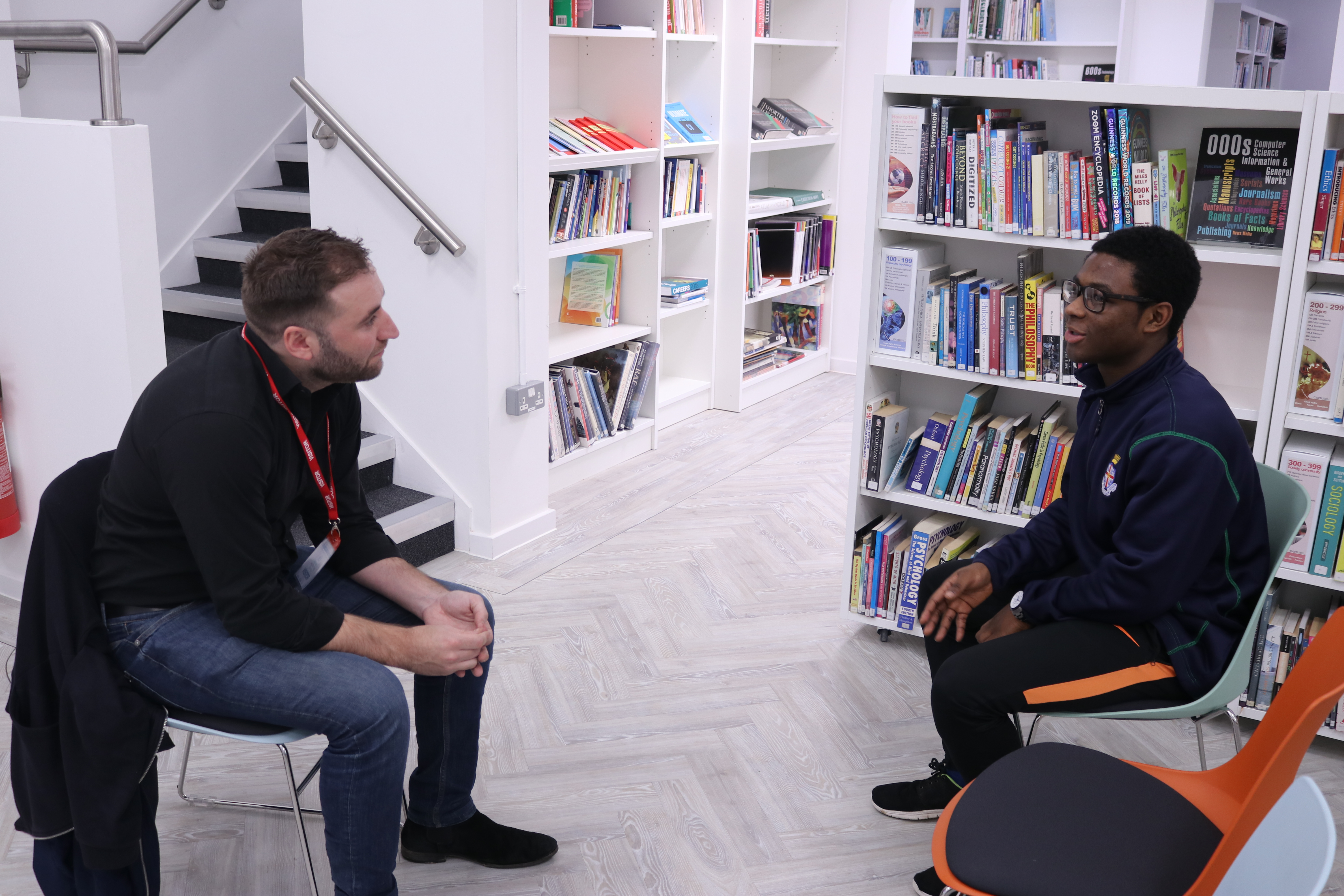 In terms of start-ups, pupils learnt that it is not necessarily the great idea that matters – that an idea is nothing without execution, timing and lots of good luck. Jack's example of film rental firm Blockbusters 'pioneering foray' into internet streaming was a case in point (albeit some pupils needed to Google 'What is Blockbusters'). For those interested in entrepreneurship Jack challenged them to not cling to a plan B – do give their all to their plan A, and to do their best learning when failing. Above all he encouraged being valued as a lifelong friend and acquaintance of many – because at the end of the day people invest in people.

Jack also took the opportunity to have a tour of the School and take lunch in the Dinning Hall. This led to the comic moment of the day: Mr Mann "who was your tutor" Jack "you were!".

Thank you Jack – and for talking to a number of pupils afterwards – we loved the fact that at least one of them took the opportunity to pitch an idea to you! 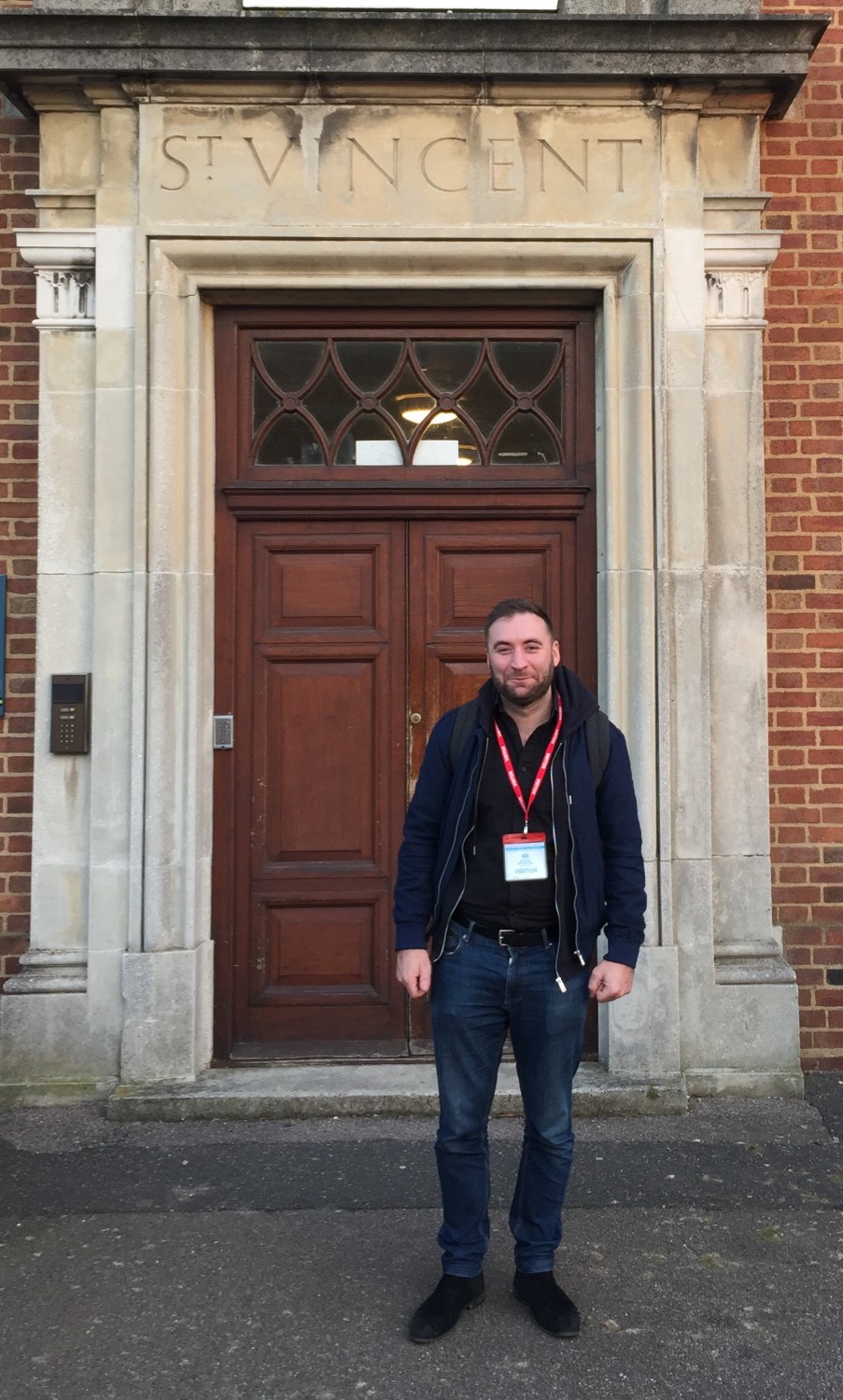