Basil Trott attended Greenwich and was part of first cohort to attend Holbrook. He was in Nelson and left in 1935.

He took part of the Battle of the River Plate in 1939 aboard HMS Exeter. During the battle he was a gun-layer in Y turret, the last gun to be fired by Exeter in the battle. The town of Ajax in Canada decided to name their streets after the men who served on the three ships involved in the Battle; HMS Exeter, Achilles and Ajax. Trott Lane is named after Basil. He has visited a couple of times over the years. To read the full article in the Portsmouth News click here.

Basil who turned 100 in December visited RHS, with his wife Sadie and son Peter during the June Reunion in 2019, it was wonderful to welcome him back. 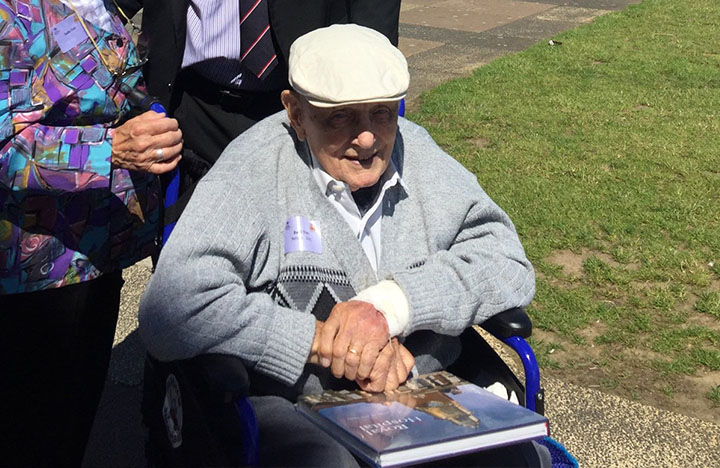