Triple jumper Jonathan Ilori (Hawke 2011) has had a busy summer, firstly competing in the England Senior Championships in July. His final jump securing him a Silver Medal (15.72). In August he competed in the Muller British Championships at Birmingham coming 6th against a very competitive field jumping 16.25, just 3 centimetres off his Personal Best of 16.28. He moves to Birmingham this autumn to train with Aston Moore, former Great Britain track and field athlete, specialising in triple jump. Aston has helped train Ashia Hansen, current UK and former world record holder for indoor triple jump, and Phillips Idowu, Olympic silver medallist. Jonathan's aim is to work on jumping over 17m and to compete in the 2022 Commonwealth Games. 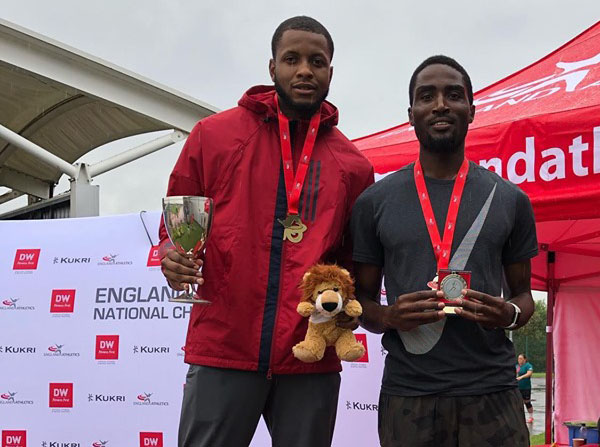 Jonathan (pictured right) says "I was very pleased with the way I performed at the British Championships. The move to Birmingham to be coached by Aston Moore is necessary at this stage in my career. He's coached some of the greats and I have every confidence I'm going to surpass the 17m barrier under his guidance. Birmingham will host the 2022 Commonwealth Games and I'll be working towards the goal of winning that title. I'm excited about the move and this next phase in my career."

We wish Jonathan the very best of luck and will keep you posted about his progress.