James Parker (Collingwood 2015) is the first recipient of the England Rugby Universities 'Tom Miller Award for Social Impact', an award created in memory of Tom Miller (Raleigh 2015) who passed away in December last year. Tom was Captain of the 1st XV Nottingham Trent Rugby Team, and an Ambassador for the testicular cancer charity Oddballs Foundation. 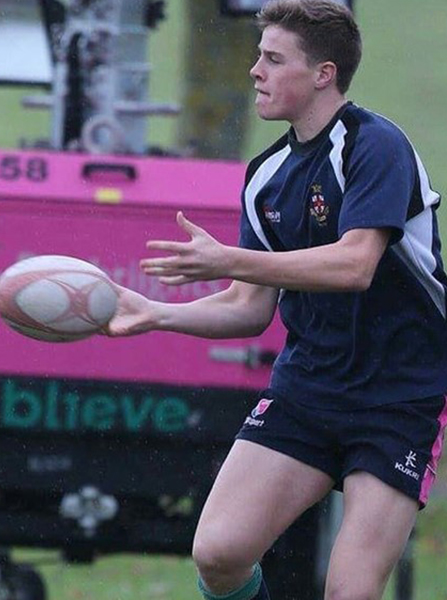 The award was created in recognition of the incredible amount of work, energy, and passion Tom had towards charitable endeavours, and is awarded to a club or individual who has demonstrated considerable impact through charitable and awareness raising endeavours.

In February a group of Tom's friends set up #BEMORETOM challenging people to run, walk or cycle 12 miles a week in honour of Tom's number 12 shirt. Emily Miller said "James was a real inspiration to all of us that took part in the #BEMORETOM challenge. Because of his commitment, we all upped our game during February with Duncan cycling 1,000km and I did 700km. Bear in mind almost all of the 30 attendees at Tom's funeral in January caught COVID-19. James never broke, he just plodded along in wind, rain, snow and freezing temperatures, all while still doing his course work etc. Tom would be so proud of him, as we are". 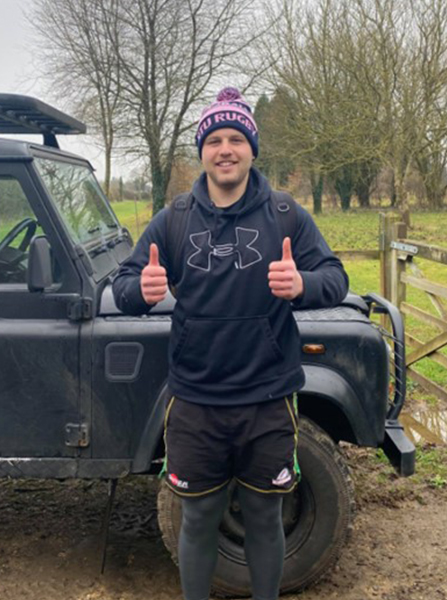 The initial target of £5,000 was quickly smashed and over £16,000 was raised for the Intensive Care Unit at Queens Medical Centre in Nottingham, which cared for Tom and his family following his accident.

To James's surprise, Owen Farrell sent a personal message congratulating him on his endeavours. "I am amazed that my efforts in February for the #BEMORETOM challenge have been recognised and I am even prouder to be the first winner of this award. And if it couldn't get any better, I was very surprised to receive a personal message from our very own England rugby Captain, Owen Farrell!"

James and fellow RHS alumnus Toby Eaton (Collingwood 2015) are organising a rugby match on Saturday July 31 @ 15:00, Nottingham Trent University VS RHS Alumni in Tom's memory at Nottingham Rugby Club. Tickets are £5 each and can be purchased using this link: https://tinyurl.com/45v6p5x6.

You can also donate to the either the Oddballs Foundation https://tinyurl.com/2ry6mnu3 or Nottingham ICU https://www.justgiving.com/fundraising/tommymiller in Tom's memory.