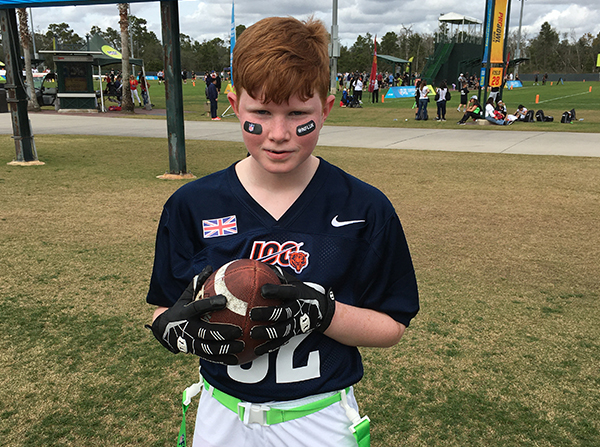 Luke Page, a Year 7 at RHS, was living in America when his passion for the American National Football League (NFL) first began.

On returning to the UK with his family in 2018, he joined Houghton Primary School in Cambridgeshire. It proved to be perfect timing as the school had just taken the decision to get involved in the UK NFL flag championship, in the 100 year anniversary season of American football.

The school started training after school and although NFL was new to them, many of the 14-strong team were keen sports players, which meant they were raring to go.

Over 300 UK schools signed up for the competition and the first challenge was the UK regionals. Houghton Primary came out on top and, as Cambridgeshire champions, earnt a place in the national finals in July 2019 at Tottenham Hotspur's stadium.

As part of the event, each of the 12 finalists were coached by a professional NFL player; Houghton were led by Chicago Bears' player Akiem Hicks and were renamed the Houghton Bears in his teams' honour. The team put in a supreme effort and won the entire UK competition which meant automatic entry to the world championships in Florida.

Despite many of the Houghton team moving on from primary school last year, they continued to train when they could and Luke's involvement in rugby at RHS paid dividends.

In January of this year, the team flew to the States where they played matches against the USA, Canada, Mexico and Germany. Despite their sterling efforts, the Houghton Bears were knocked out and the tournament was eventually won by the USA.

Luke is now focusing on his rugby but what an honour to have represented your country in the US whilst playing them at their national sport. 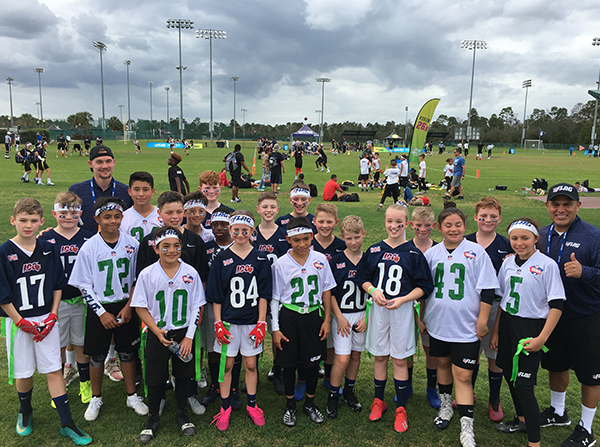