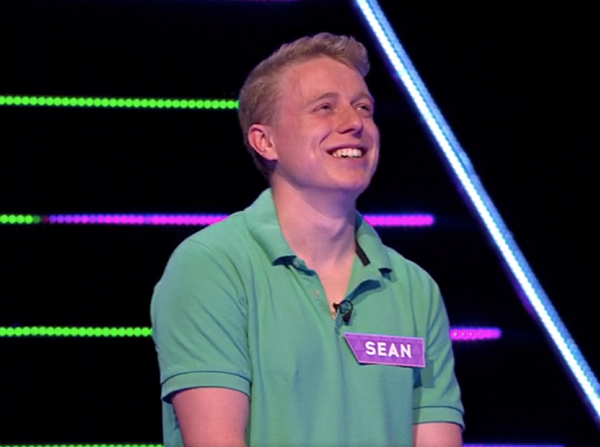 Alumnus Sean Cuddihy appeared on ITV's Tenable on Monday, a game show presented by Warwick Davis.
Following his appearance on The Chase, Sean once again appeared on our TV screens in a team of five university football friends dubbed the 'Clean Sheets'. Players must give as many answers as possible out of ten in a factual list to earn prize money and move onto the final. Sean was called up by his team captain in the second round to name "The last 10 non-Oxbridge winners of University Challenge". Sean started strong in the tricky round correctly naming Edinburgh, Manchester and Durham but the rest of the answers unfortunately eluded him. His team mates on the bench look relieved they weren't chosen for such a tricky task and advanced to the next rounds without him.
Sean was reinstated back into the game for the final and was able to contribute to the team answering a complete list for "The 10 football managers to have won the Premier League" earning themselves £10,000.

Sean spent his share of the prize travelling around South America visiting Brazil, Argentina and Uruguay.

The show was originally shown on Monday 11 November at 15:00 and is Episode 21 in Series 4. It will be available on ITV Player for a month here.