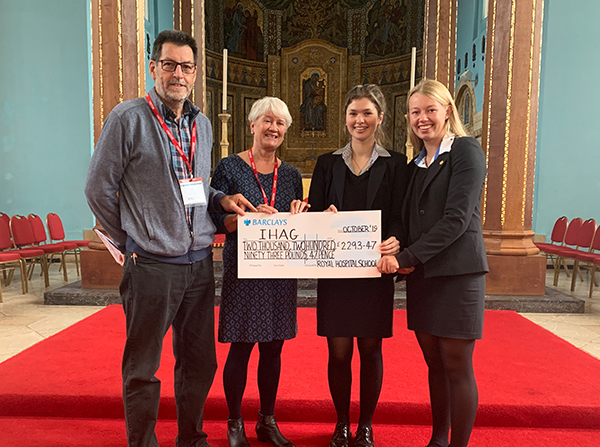 At the beginning of the Michaelmas term, a representative from each of our four chosen charities gave a short presentation in the chapel, highlighting their work. £6000 was initially shared among the charities, in time for Christmas.

The committee also provided a tuck shop at the school play and the House singing competition, sold sweets at the Christmas Fair and organised a Candy Cane greetings swop. The sale of Christmas cards, the annual 'Civvies' Day' and the retiring offering at the Carol service further contributed to the total.

During Lent term, 400 Valentine roses were delivered to pupils and a retiring collection was taken at the Royal Marines' Band concert.

In the Summer Term, the committee benefitted from money raised at the school fete and the retiring offering at several chapel services. An additional £9,173.88 was raised by the end of the school year and is being presented this term.