Race for the Line 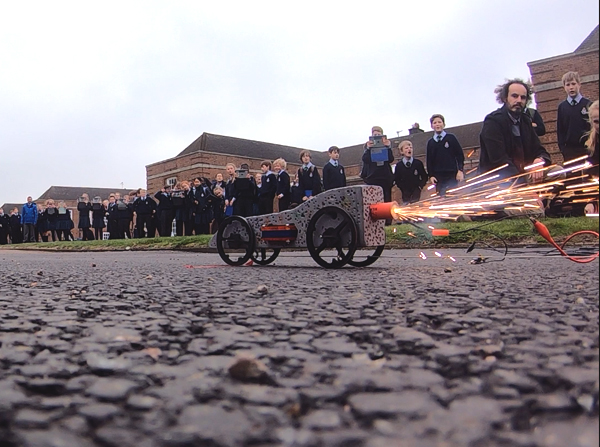 The end of term saw the rocket car STEM competition, Race for the Line, return to the school with Year 7 pupils qualifying for the national finals.

Race for the Line asks Year 7 pupils across the country to sculpt and assemble rocket cars to then race to find the fastest car. Last year RHS had two successful teams who qualified for the national finals day whose streamlined designs earned them 9th and 10th place overall.

In the first stage, all of our Blake pupils spent the day in the Jellicoe Room learning about design, aerodynamics and the required specifications for the rocket cars. They then enthusiastically cut, shaped and sanded their models ready to take to the tarmac and test their machines. The top three teams were chosen to advance to the regional final to represent the Royal Hospital School against other schools across East Anglia.

Eighteen teams took part in the regional finals with the top times earning a place in the national finals in June. RHS was successful with an all-girl team finishing in second place with their car reaching an astonishing 76.25mph. Two teams just missed out with one losing a wheel just before the timing gate and another just behind the qualifying place by an excruciating 1/1000th of a second.

Congratulations to Phoebe, Mia, Livvy, Isabella and Covita for qualifying and to all of the pupils who took part and did so well.