Networking North of the Border

RHS was delighted to welcome a small but exclusive group of alumni to the aptly named Nelson Room at Edinburgh University for the latest regional networking event. Sponsored by the RHSA, this was the second year Lucy Pembroke had headed north of the border. 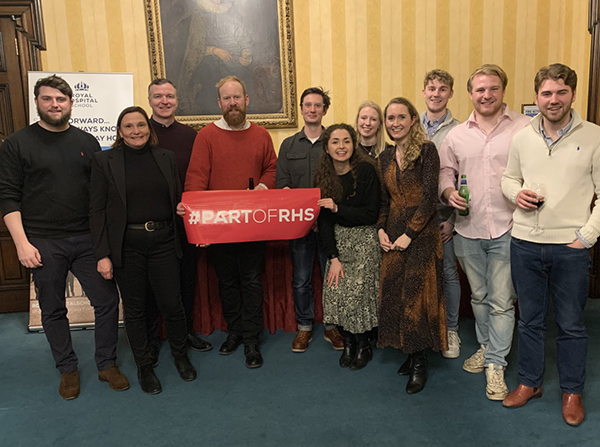 Despite a small generational gap, the room was buzzing, swapping business cards and comparing the school to 'then and now'. There was lots of chatter reminiscing about teachers who had taught and inspired so many generations of RHS pupils such as Lee Menday, Les Thompson, Debbie Hitchen and Monty Callow.

Lucy updated everyone on future alumni events such as the Army vs Navy rugby match and Reunion Weekend. She also mentioned an exciting event planned for 1 October 2020. A dinner at The Painted Hall in Greenwich to launch the Centennial Fund, a bursary fund with the aim to change 100 lives by 2033, a century since the school's move to Holbrook.

Thank you to everyone who attended, special thanks to Mark Drummy, Anson 1998, who drove from Newcastle just for the evening, and RHS Ambassador, Dale Browning, who's son Lewis is currently studying History of Art at Edinburgh.