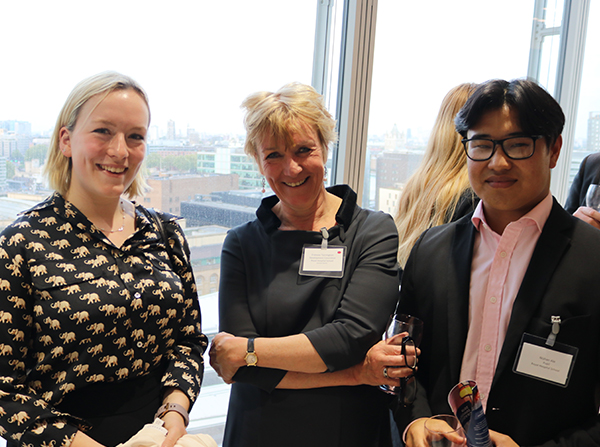 Networking in London and Portsmouth

Many thanks to all those who attended our recent professional networking events in London and Portsmouth.

On Tuesday 7 May, David White (Collingwood, 1998) from Duff & Phelps hosted over 70 alumni at his offices in The Shard. Chris Graham (Head of Sixth Form and Careers) and David Barker (Head of UCAS) brought 15 Sixth Form pupils who relished the opportunity to network with alumni, some even finding summer jobs and internships! Thanks to the speakers Kate Harmer (Howe, 2011), Charlie Gibson (St Vincent, 2016), Ian Annett (Collingwood, 1984), Nick Prideaux (Cornwallis, 1976) and David White who talked to our younger attendees about their industry sector, their personal career journey and tips on starting out.

On Tuesday 21 May, the Development team headed to Portsmouth to an event hosted by Andrew Polson (Cornwallis, 1966) at the Royal Naval Club and Albert Yacht Club. Many thanks to the speakers; Alex Speight (Cornwallis, 1986), Andy Painting (Hawke, 1981) and Kevin Briscoe (Raleigh, 1983) who shared their career stories.

The programme has come to an end for this academic year with next year seeing three events in London and regional events in Edinburgh, Nottingham and Portsmouth. New dates will be posted on the alumni pages of the school website over the summer: