Language No Barrier to Navigating Success

In 2014, 11-year-old Ho Yin (known in school as Kenneth) arrived at RHS not being able to speak English, "I didn't speak any English at all, I only knew how to say my name, yes and no" said Kenneth. After spending seven years at the School, Kenneth is now fluent in English and has secured a place at the University of Durham to study Criminology.

After achieving an incredible A* in Chinese, an A in DT, a B in Business and a D in Psychology, Kenneth has shown that hard work and perseverance pays off. Matt Routledge, Director of Learning and Teacher of Classics, said; "I remember teaching Kenneth Latin in Year 7; learning a new language, such as Latin, through a language that one does not already understand was a huge challenge. One thing that shone through very quickly, though, was Kenneth's work ethic and desire to improve in all aspects of his schooling. To see the progress that Kenneth has made, from where he started to what he has now achieved, I could not be prouder." 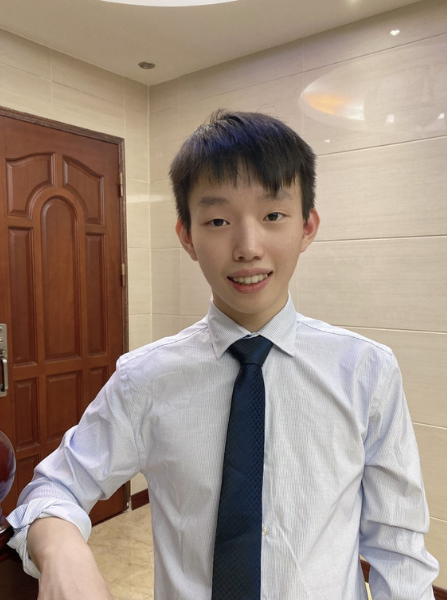 When asked about the most challenging part of moving to a new country, Kenneth said, "It is definitely the language barrier; I initially found it so difficult to try to talk to my peers because I did not understand a word they were saying. The English culture is completely different to back home, so it was acknowledging that as well as getting involved in whatever the school offered."

Kenneth is now back at home in China and has been reflecting on his favourite memories of RHS; "It has to be the beautiful views around the school and playing around with my friends in the boarding house. The teachers were also fantastic and so patient with helping me learn English. I could not be more grateful to all of them."

We are so proud of what Kenneth has achieved and we wish him every success in his next adventure in Durham. He will always be a #partofRHS.