On Sunday 23rd June 2019, Laetitia Corbett (Anson 2015) became an Ironman. Her journey to get there has not been straightforward. Five years ago she was battling chronic illness and some days she found it difficult to even contemplate running a mile let alone walking a one. Through yoga and meditation she has been able to come through. Leaving school in 2015 Laetitia went to California for nine months where she discovered yoga. On her return to the UK she studied to become a personal trainer, going to India to complete her 200 hours yoga training.

On her return, she was both mentally and physically growing in strength and decided to enter her first marathon. In 2017 she completed the Toronto marathon in a time of 3h 53. Laetitia knew she could do better than this and went on to run Halstead in May 2018 (3h 45) and in October 2018 she returned to Toronto achieving a time allowing her to apply for a "good for age" place for London 2020 (sub 3:39). She then decided to set herself the biggest challenge of her life. She had always been a good swimmer at school and club level and was able to ride a bike so entered Ironman Cork, the first one to be held in Cork so new ground for every competitor. 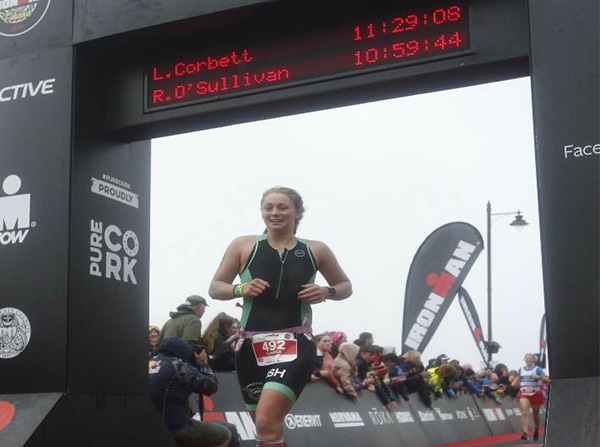 On the morning of 23 June Laetitia woke at 3am to the sound of heavy rain and prepared to take on the 2.4 mile swim, 112 mile bike ride and 26.2 mile run. The conditions were horrendous but the crowds were out in force and the atmosphere was electric. Laetitia completed her first Ironman in 11h 29 minutes. She was 2nd in her age group. Well done Laetitia!