Former member of staff, Cynthia Anderson remembers Jean Sage who worked at the Royal Hospital School in the 1930s and again in the 1960s (pictured as a cook in 1939). 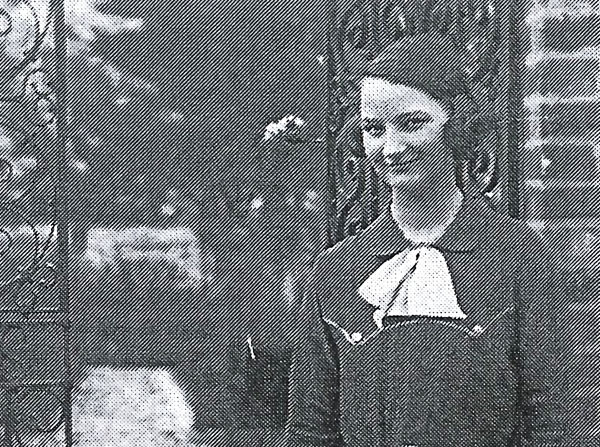 Jean worked at the Royal Hospital School at Holbrook House on three separate occasions – first from 1933-6 as a maid, when her working day would start at 6am and usually finish around 10pm. She had one afternoon off a week and would spend it cycling the 17 miles home to Great Bricett, where she would share a family meal before cycling back again.

In 1939 she returned as cook to Captain and Mrs Bruce Gardyne, when her friend Florrie left the position to get married. This meant that she was in charge of the kitchen when the young Peter Page (former Headmaster's gardener) started work in the gardens and he always spoke of her kindness to him, as an apprehensive teenager. In this position Jean now had a whole day off to make her visits home, she was also a regular member of the congregation at Holbrook Church.

This was the age when women were not expected to work when they married – their job being to look after their husband and raise a family – so, like Florrie, Jean had to leave her post when she married in 1945. Once her children were grown, Jean returned in 1965 and gave another 12 years' service before her retirement.

The Bruce Gardyne's clearly valued both Florrie and Jean and the younger generations have kept in touch with them over the years. The two women lived as dear friends and valued members of Holbrook village community. Jean was still riding her bicycle around the village into her 90's. She received her letter from the Queen on her 100th birthday and passed away peacefully on August 17th. The loss of both Peter Page and Jean Sage this summer represents the end of an era of loyal service from some very special people.