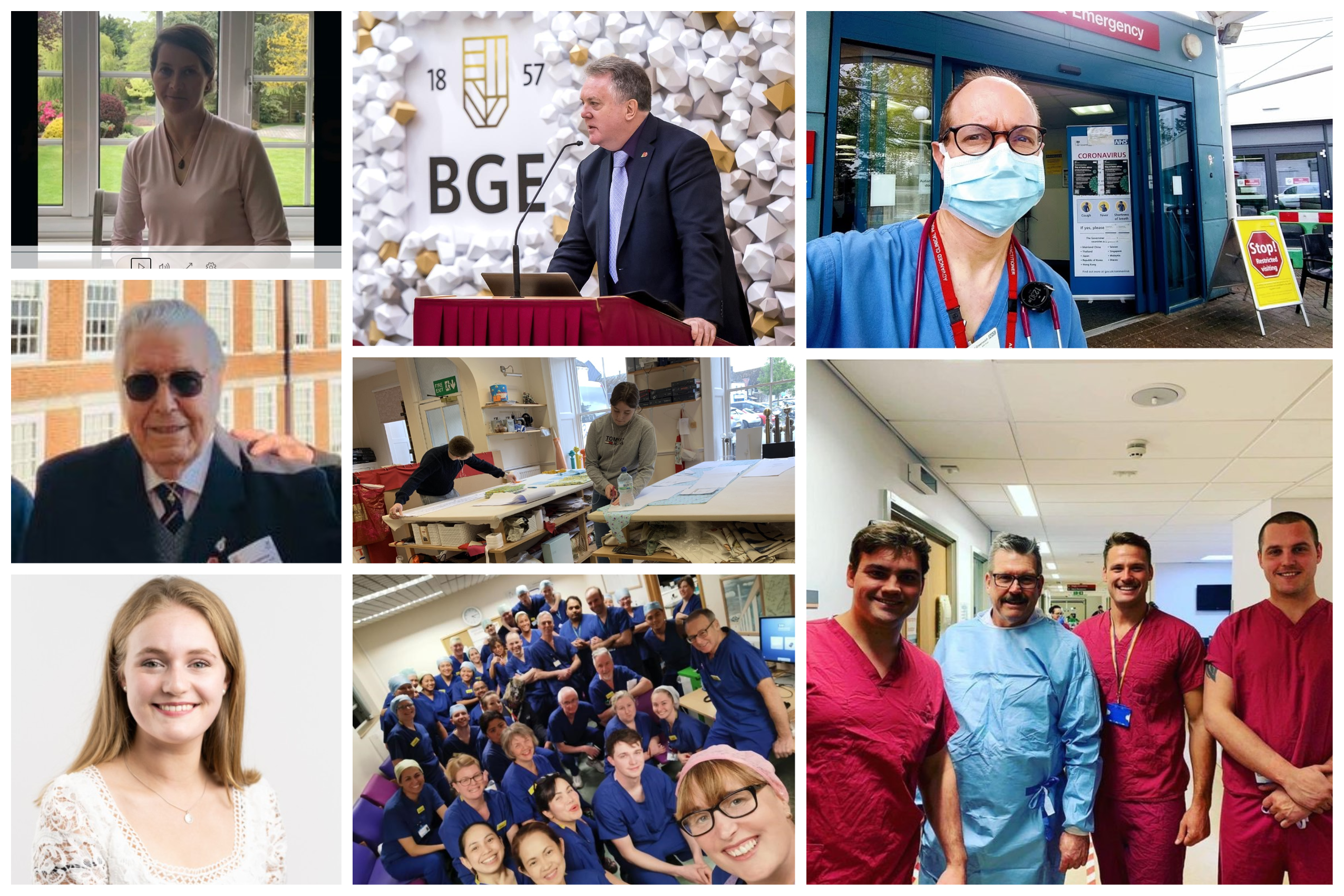 "Be it professional or vocational, arts or sports – whatever you want to do, as long as you are adding value to the world, it is the right thing to do. If you are adding value in some way small or large, obvious or discreet, you will enjoy it. This difficult time will pass. So be brave, be adventurous – use the skills you are gaining at the School and have an amazing time"

The founding mission of the School is to 'improve navigation'. Certainly there has been a lot of debate about what this means in the 21st century. One thing is for sure, our alumni take this mission and the values of service and loyalty out into the world.

Over the last sixth months RHS alumni have used their resilience and leadership against COVID-19. It has been inspiring to see the difference RHS alumni are making at the current time. From serving the front line to unique business insights and solutions, fundraising for the NHS to inspiring our pupils at a time of great uncertainty.

The image above is by no means a full picture of all the RHS communities' efforts (and we've love to hear from more female alumni). But this snap shot of a community motivated to help others includes (left to right):

The messages gave our pupils, who were all learning remotely across the world, a strong sense of the difference an RHS education can make, and of the value of resilience and personal development in tough times.

A particularly poignant message came from Neil Williams (Drake 1988), Intensive Care Nurse, Lewisham and Greenwich NHS Trust – who reached out to RHS pupils from the front line at the height of the pandemic.

Over 10,000 pupils have come to Holbrook since our move from Greenwich in 1933. Our alumni are all threads in a great tapestry. They can tell the next generation the story of an entrepreneurial seafaring nation and inspire, no matter what life throws at them, resilience to 'improve navigation' in the world.

Thank you RHSA for inspiring our pupils during this difficult time.