Having attained 9's in all nine of his GCSE exams, Noah was our highest performing pupil in 2021. He has flourished in all his subjects, especially Modern Languages, "I enjoyed French so much because of my teachers, they were so helpful during lockdown when we were online learning."

Noah's last year of GCSE's was somewhat unusual with multiple lockdowns. "I would have rather been in School, but we have been really lucky compared to other schools with our system. We had the best of a bad situation!" Despite these challenges, Noah still managed to achieve outstanding grades.

Noah is the fourth of five siblings to have attended RHS from Year 7, all achieving exceptional grades so far, with his younger sister starting in September 2023. Noah's GCSE results are inspirational and highlight his dedication to his studies. 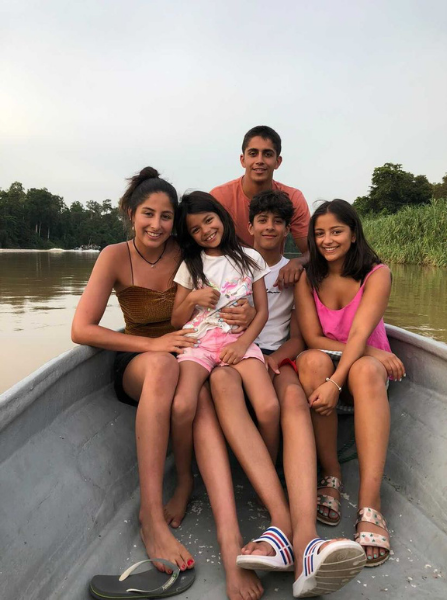 As well as Modern Languages Noah loves Sciences and has decided to take French, Chemistry, Maths and Further Maths for A Levels. It is clear from Noah's GCSE results that his strengths are in all his subjects, so it was important to him to continue with a diverse range of subjects; "I'm not too sure what I want to do at University, so I decided to take a mix of subjects for my A Levels. I will probably take something around Science as both my parents work in the NHS and I have always found that area really fascinating."

With his incredible GCSE results, we are looking forward to welcoming Noah back in September. When asked what his favourite part of RHS was, he said, "It is actually the long days. I know that sounds strange, but I just really enjoy being around my friends all the time and feeling like I'm part of a community. It is also quite handy because I can get all my School work done before I go home!"

Well done on your amazing results Noah, we look forward to welcoming you back in September!