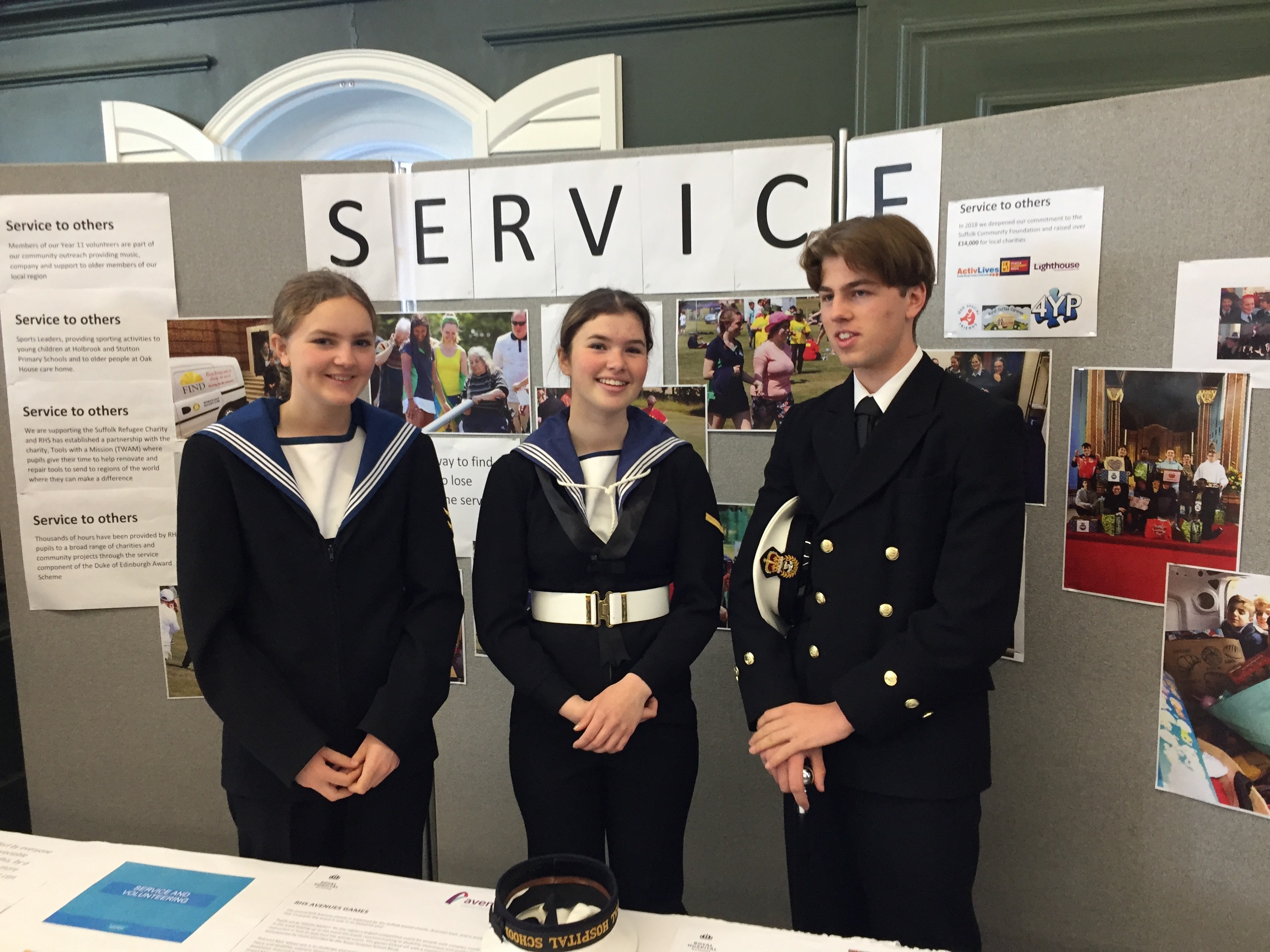 On Sunday 12 May over 300 pupils, staff, parents and alumni celebrated Founders' Day by highlighting the School's continuing relevance to its charitable beginnings and service to the wider community. Pupils and staff presented a series of displays in the Jellicoe Room reflecting leadership, service and community. We were also joined by a number of charities who have benefited from our pupils' fundraising efforts through the Suffolk Community Foundation. The event was followed by Ceremonial divisions and the theme of service continued at the Founders' Day Service led by the Venerable Martyn Gough QHC, Chaplain of the Fleet and the scripture reading delivered by Professor Alan Thornhill (Hawke 1986). 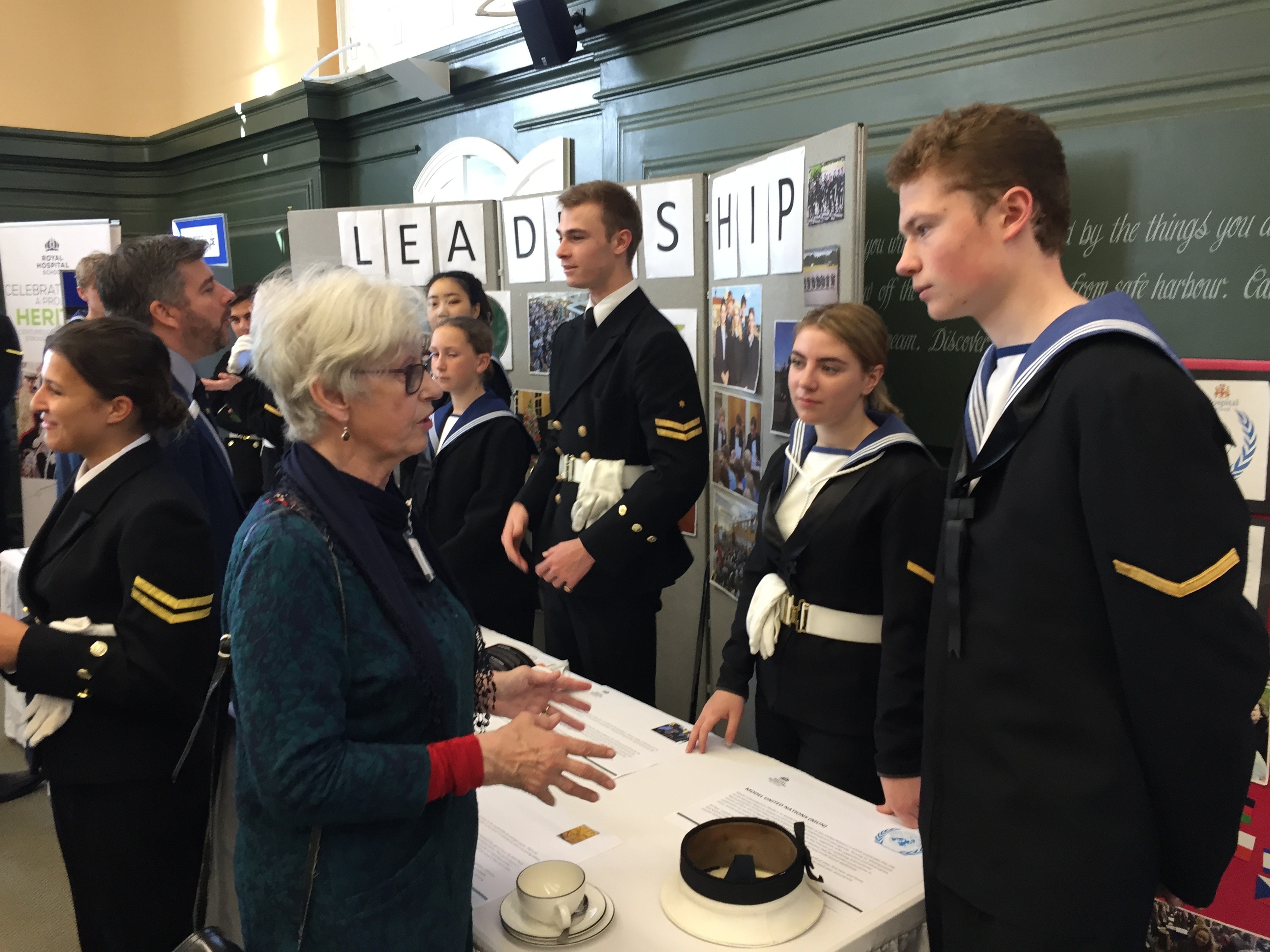 Basson D who was displaying the continuing relevance of Devizes to Westminster commented "I really enjoyed being part of this event and I feel like it was a good way to express the service area of school life and show how important it is to us". There were nearly 30 pupil displays ranging from Guard, School Council and Eco Committee to Community Action Teams, DofE and Pupil Peer Support. Charities attending who have been supported by pupil fundraising included Our Special Friends, Ipswich Community Media, and Rural Coffee Caravan. 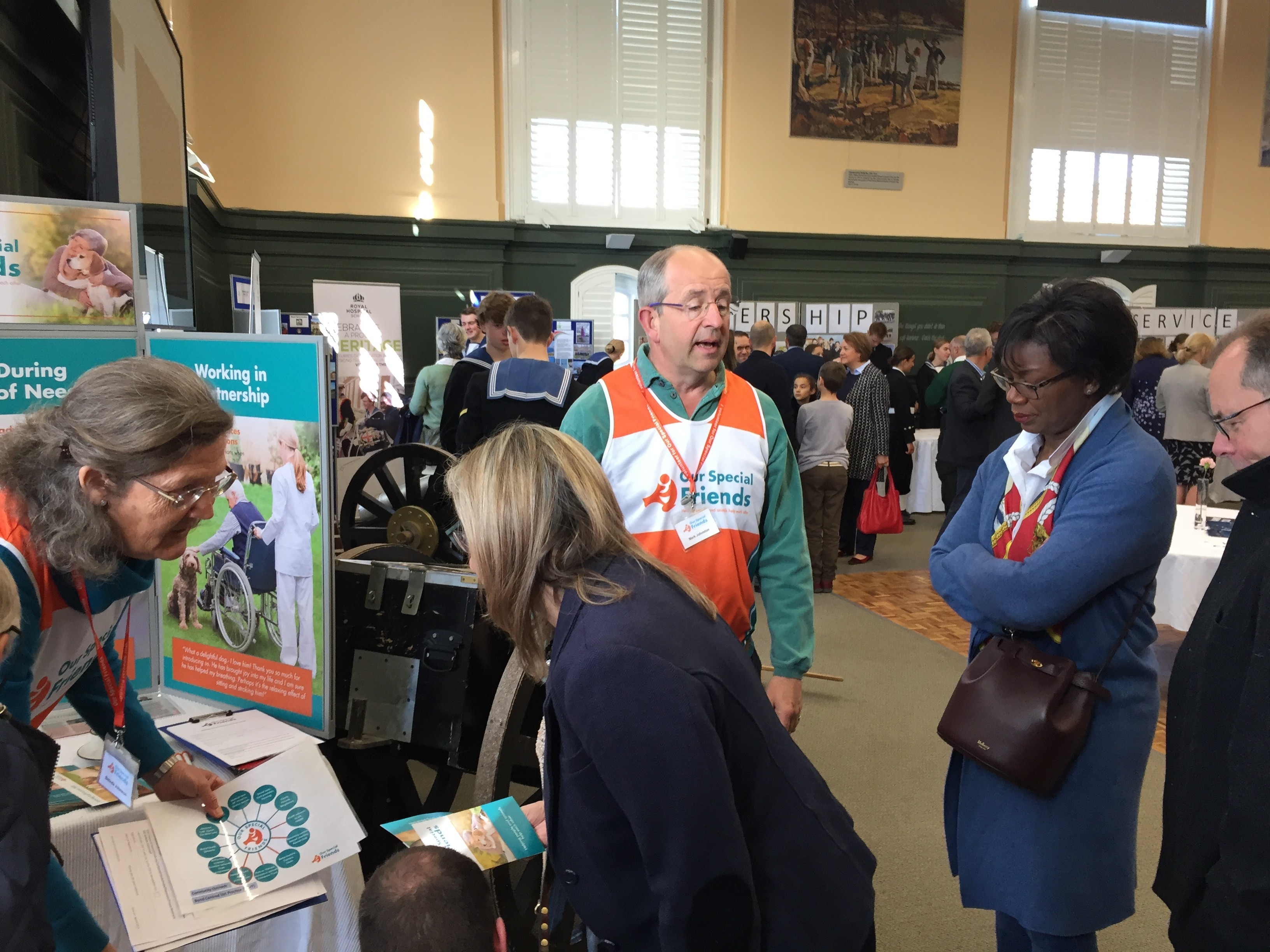 It was also an opportunity to promote a Newsreel, the first part broadcast in 1933 ahead of the School's official opening by HRH The Prince of Wales. It was recently uncovered by Mr Rob Mann and restored by Heritage Centre Curator, Beccy Young.