Alex Coplestone-Crow joined RHS in Year 7 from East Bergholt Primary School and has certainly made the most of his time at the Royal Hospital School getting involved in a wide range of co-curricular activities alongside achieving some excellent A level grades that have secured his place at Durham University. 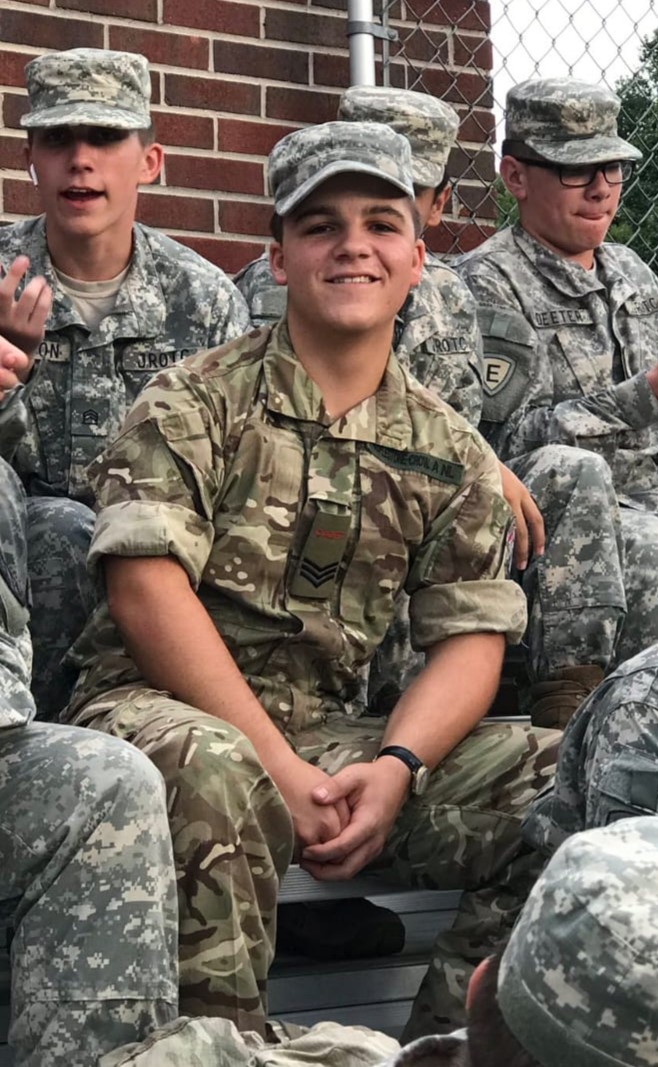 Alex studied English Literature, Latin and History for A Level and was awarded A*, A and B grades respectively. He now goes on to Durham, with seven other RHS pupils, to read Ancient History and Archaeology taking up a place at the College of St Hild and St Bede.

Always the active type, Alex took part in marathon canoeing, completing the Devizes to Westminster International canoe race, the Combined Cadet Force, including a 5-week exchange to Riverside Military Academy in Georgia USA, and he has been involved in the School's ceremonial Guard and was part of the 1st XI Cricket. He also held a number of positions of responsibility including School Prefect, Guard Commander and Head of the CCF Army section.

I would like to thank all of my teachers for the enormous amount of effort they have put in over the last 7 years to enable me to be in the position in which I find myself. This note of thanks extends to all the house staff, estates, CCF, sports staff and anyone else who goes under the radar but is so important to everyday life at RHS".