Ayoola's relentless dedication is the reason she has achieved eight 9's and one 8 in her GCSEs. Her incredible results are due to her ongoing hard work in all subjects, as well as her commitment to extra-curricular activities. Notably, Ayoola has completed more than twenty projects in recent years including extensive pieces of research into genetic engineering, the history of the periodic table and, rather aptly, UK staycations.

"I really enjoy my extra-curricular activities because it allows me to explore areas that I wouldn't usually do at School. I remember winning the Young Geography Award at School and I did not even take Geography as a subject!" 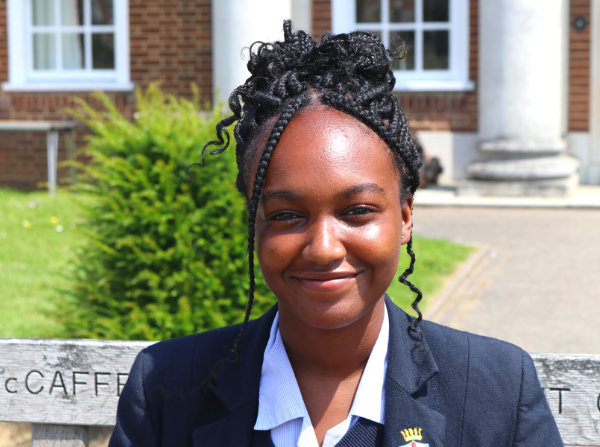 Ayoola plays a big role in the wider life of the School including involvement in Modern United Nations (MUN) and as a Language Ambassador. From September, Ayoola will be an MUN Secretary, alongside two fellow pupils. For sixth form, Ayoola will be studying History, Religious Studies and English Literature.

"RHS has allowed me to explore debating, which I never thought I would progress with. Before I came to the school I was so shy but now when I speak to people, I feel so much more confident. Attending a school like RHS has allowed me to challenge myself and for that, I am so grateful."

Attending RHS has opened up many opportunities for Ayoola, like MUN, that she may not have had access to elsewhere. "I definitely think boarding has made me a lot more independent, especially when it comes to my work, I am so focused to get my work done so I can enjoy hanging out with my friends."

We could not be prouder of what Ayoola has achieved during her time at RHS and we look forward to welcoming her back for Sixth Form in September.