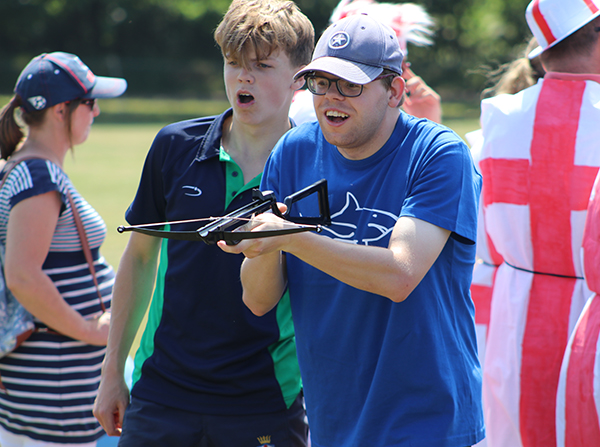 The annual RHS Avenues Games is organised by the Suffolk-based charity, Avenues East, and assisted by Year 11 pupils; the event is now in its sixteenth year.

In the week leading up to the event the pupils, who had just finished their GCSE examinations, received training in disability awareness and invaluable instruction in how to help host the special event. On Thursday 28 June the Avenues Games brought together over 100 competitors with complex needs from groups across the region. The 15 and 16 year olds acted as 'games makers' running various activities and games, assisting in participation and cheering on the teams.

Avenues East, whose aim is to challenge and overcome the disadvantage people face through illness, injury and disability, supports those who have complex needs and challenging behaviours, learning disabilities, acquired brain injury and autism. Other groups represented included Ipswich and Genesis Orwell Mencap, Leading Lives, Teaming Up, Wot's Up, Hope House, The Bridge School and the Papworth Trust.

The games kicked-off with a impressive parade accompanied by music provided by the Royal Hospital School Band.

Clive Rennison, Assistant Head (Co-Curricular) and coordinator of Community Action at the Royal Hospital School, said, "Sounds of happy laughter, excitement and cheers of encouragement were heard throughout the afternoon under perfect blue skies. Competition is always fierce and prizes are awarded for the best scores, the best decorated gazebo and the team who best demonstrate the 'spirit of the games'. This year, it was no surprise to see a World Cup theme. Our pupils always take a great deal from the experience and had a lot of fun; nearly as much as the competitors!" 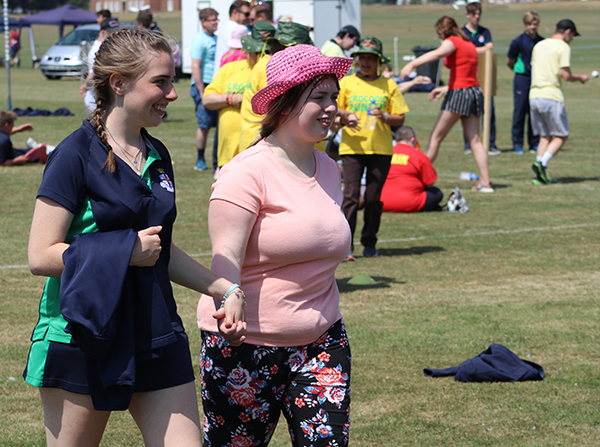