One pupil who has excelled despite only joining RHS in Year 12 is Angela. Before Angela began life at RHS, she "was nervous about a magnitude of things; making friends, getting good grades and making the most of the RHS experience." After a few months with her peers, and with the support of the School teachers and staff, Angela started to feel at home and excel in all her subjects. "Luckily everything started to fall into place when I settled in and I could not imagine myself not being a part of RHS."

We are so pleased that Angela has secured her place at the University of York to study Law after achieving an A* in Sociology, an A in Geography and a B in History. "I've always wanted to study law at University, so RHS was a way for me to ensure this would happen. Now that I have achieved my grades, I'm off to my dream University to study law and one day become a successful solicitor at a law firm." 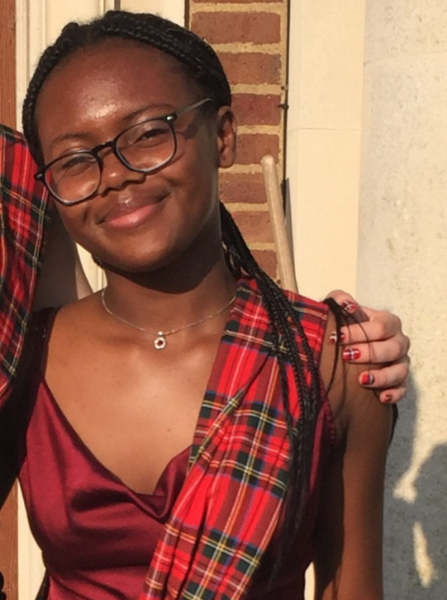 Angela's attendance at RHS was as part of our partnership with The Royal National Children's SpringBoard Foundation (royalspringboard.org.uk). RHS is one of only two SpringBoard accredited schools in Suffolk and during the Summer Term 2021 had a total of 22 SpringBoard supported pupils in a variety of year groups.

With the combination of this support and her continuous hard work, Angela flourished at the School, and we could not be prouder of the person she has become. "RHS has opened up so many doors for me. I had the opportunity to take part in the mock trial in my first year of sixth form, which gave me a huge insight into the legal industry and fuelled my passion to study law. I am so grateful to be able to attend a School like RHS."