Another fantastic reunion weekend took place in June 2019, with over 120 alumni attending. In particular, a large contingent of those who were 'new Jacks' in 1973 joined us, some of whom had not seen each other for over 45 years. 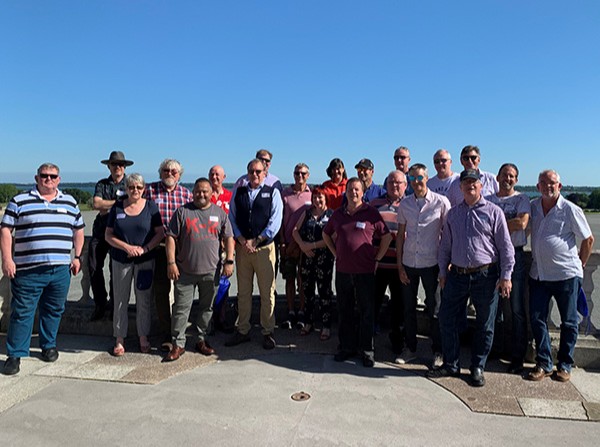 This year saw the General Committee elections take place, with the majority of the outgoing GC all re-elected for another three year term – apart from Kevin Beaton OBE QHP (Collingwood, 1979) who after five years has stood down as Vice President. He is replaced by Andy Redwood (St Vincent 1979).

All the Houses opened in the afternoon to serve tea and cake, with a chance for alumni to meet current staff and pupils, and have a look at the changes that have happened in each House.

Drinks were served on the Terrace before Sunset, and outgoing Vice President of the RHSA, Kevin Beaton presented RHSA Heads of School medals to Adam W (Hawke) and Holly FS (Hood). 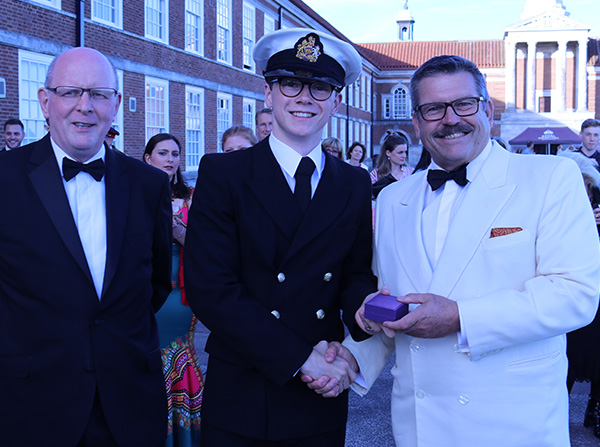 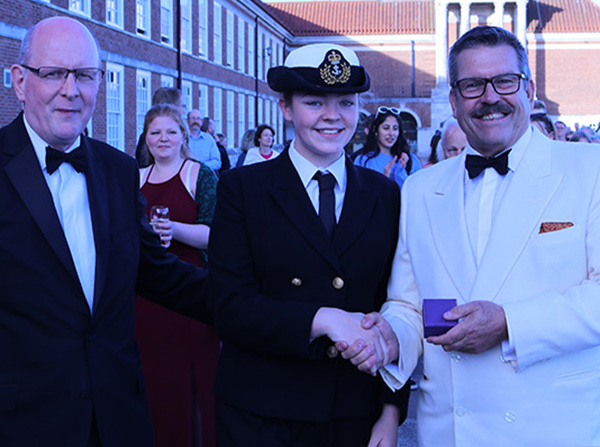 The Sunset Ceremony Salute was taken by Captain Lucy Vollentine RN (Hood/Cornwallis 1993) who was part of the first intake of girls at RHS.At the formal dinner, new Vice President Andy Redwood awarded Kevin Beaton with an Honorary Vice President Life Membership to the RHSA, in recognition of his work over the last five years. Sophie Braybrooke, Director of Communications, who leaves RHS after 13 years, was awarded an RHSA Honorary Life Membership. 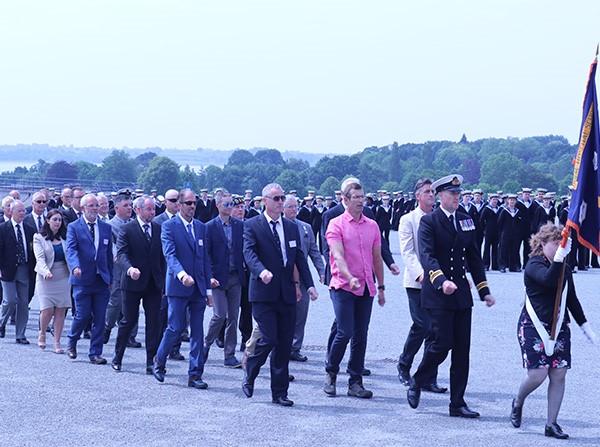 Sunday saw a squad of nearly 40 take part in Divisions, their display of marching was so impressive, you would never have known that some had not marched in over 50 years! With Leavers' Songs of Praise, lunch in the Dining Hall. School Sports Day followed and the Alumni Gazebo was busy as ever with the newest RHS alumni, Year 13 who leave on 29 June, collected their goodie bags and a gift from the RHSA, a necklace or tie. 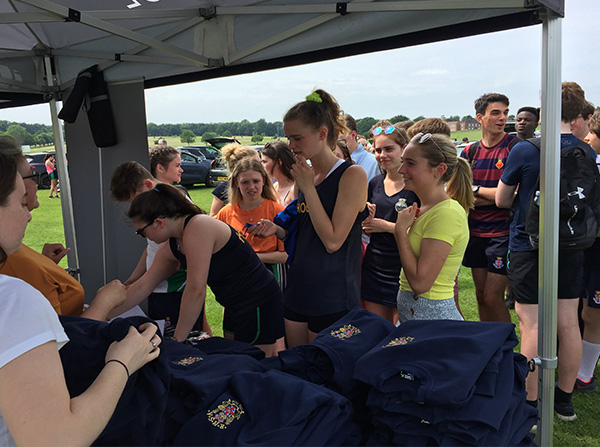