"The best way to find yourself is to lose yourself in the service of others." — Mahatma Ghandi 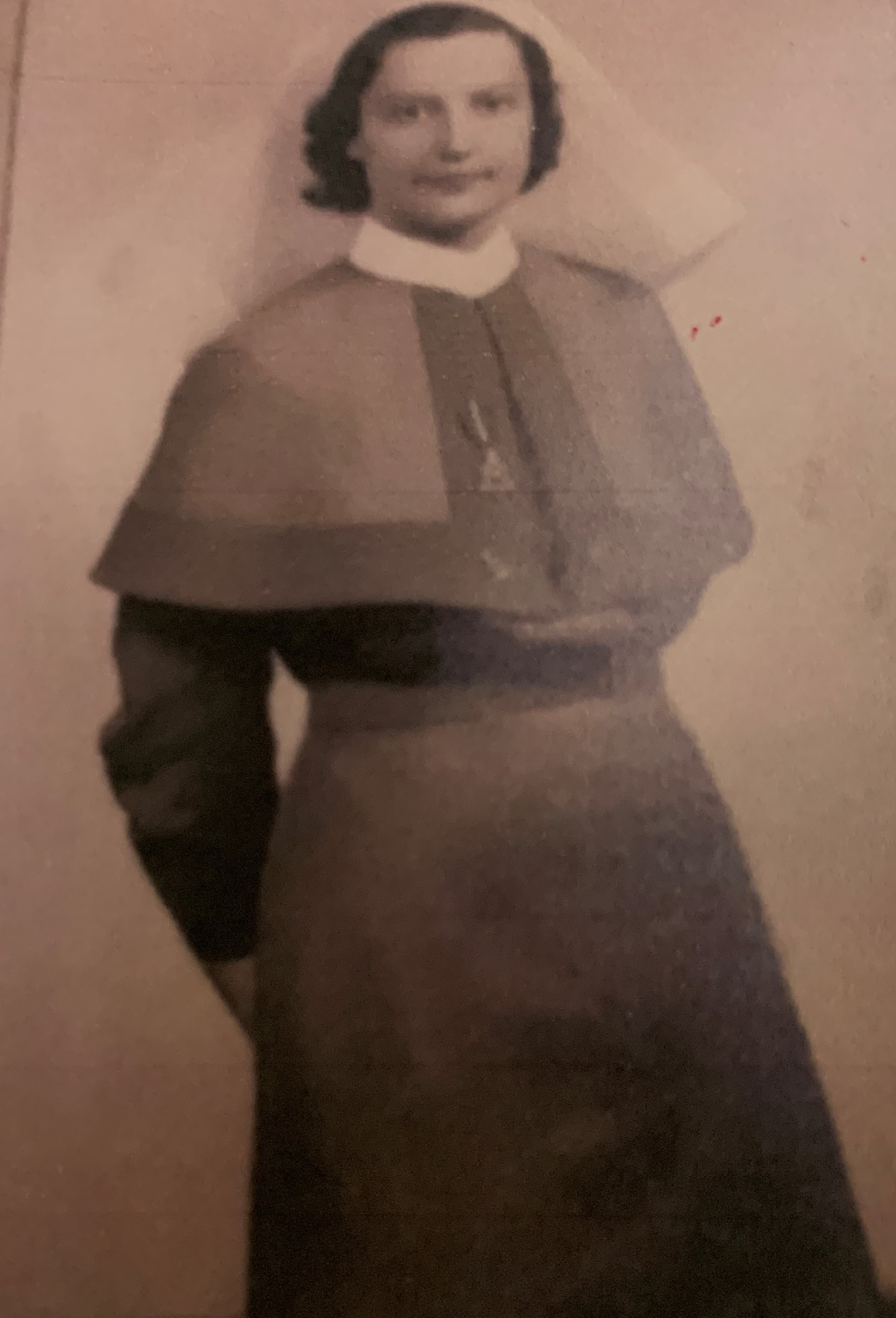 On the 75th anniversary of VE Day, many of us will have reflected on the roles that our ancestors played during the second world war and what VE would have meant to them. After five years of sacrifice and adversity, the prospect of peace must have felt particularly special after such a long period of uncertainty and worry. A day of celebration and relief but probably tinged with a range of contrasting emotions.

Naturally, my thoughts turned to my grandparents. For my paternal grandfather it was not quite the end of his war as he was still engaged in the Pacific Ocean serving in the Royal Navy. For his wife, who had survived losing both her home and her parents in London, the relief was enormous.

My other grandfather was a teacher and his war had been somewhat different. He had joined the Home guard and remained teaching in the small market town of Honiton in Devon. Removed from the immediate horrors, he continued to provide stability and a sense of normality for the children who lived in that area of mid-Devon. However, it was his wife (to be), and my grandmother, for whom it had the greatest significance. She had signed up to the War Department in February 1940 and as a nurse, she was deployed to the Eighth Army in North Africa. For the next three years she saw at first hand the destruction and impact of that conflict as she nursed soldiers and civilians, initially in North Africa and then through the Italian campaign right up to the end of the war. Her impact continued to have echoes for many years to come and was reflected in the letters she received after the war from the soldiers she had treated and nursed.

Nurses are again on the front line and at the forefront of our thoughts as they contend with a different, but no less dangerous foe, Covid-19. Recently I found some of letters amongst my grandmother's personal effects including a letter she received on 2 May 1945. In it, the letter expresses the Nation's gratitude for the service and commitment of soldiers, airmen and sailors (conspicuously no mention of the nurses). Separately, I discovered a card sent from Queen Mary in 1939 which has a particular poignancy. The card has a simple message "It is my constant prayer that God's blessing may be on the merciful work of all nurses throughout the Empire." 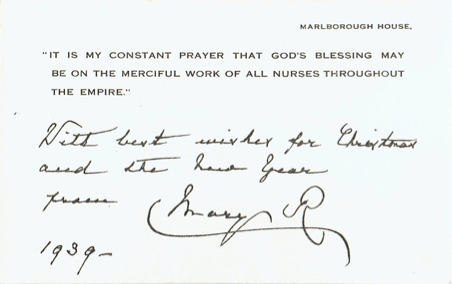 Nurses have a role in all our lives, be that as the midwife who brings us into this world through to our old age and sometimes in palliative care. At RHS we often talk about the inherent sense of service that is evident in the stories of our long history and even today, a number of our Year 13 have been quick to respond, seeking to adopt roles in support of everyday services. Given our link with the Royal Navy many of the stories of service are predictably linked to the actions of individuals in the armed forces. However, the role of nurses, healthcare workers and many others and their commitment, bravery and unselfish service to others is a reminder that to serve is not always to be associated with the armed services.

Each week many of us have incorporated into our routines the act of standing on our doorsteps to make some noise and clap to show our support and appreciation for the NHS. In a world where we can often take for granted our freedom and the services provided by others, one product of this pandemic maybe a growing appreciation for the people that care for us, for those who work directly for the benefit of others alongside a greater appreciation of the benefits for articulating our gratitude.

Today as we turn the tower blue in appreciation of today's nurses and midwives, a small gesture in support of their work but I will also take a moment to remember my grandmother and the role she played over 75 years ago. My grandmother rarely spoke of her experiences and whilst she received medals for her actions it is interesting that it is the letters from her patients that speak most clearly about the impact she had and their gratitude and appreciation for the care she showed others. She returned to the UK in the back of a truck and went onto become a midwife, a role that was in considerable contrast to her experiences in North Africa and Italy, but I know it was one she found immensely rewarding.

VE75 provided an important opportunity to remember a single day, a day that marked the end of conflict and an opportunity to remember and thank those who secured our freedom and peace. The end of Covid-19 is unlikely to be marked on a single day but I hope it will be associated with a similar recognition for those who have served in the support and care of those most in need and will reinvigorate interest and appreciation for the roles that really matter.