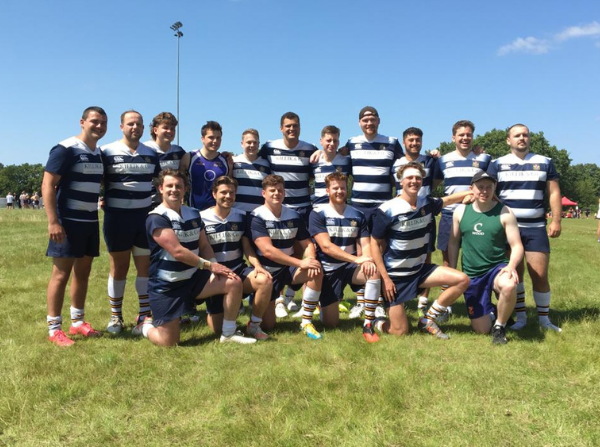 It was a fantastic day, the players played in searing heat, some of whom had not played rugby since RHS!

It was great to see so many friends get out and play in a tournament in memory of their close friend Tom Miller who sadly passed away in December last year. The tournament helped raise hundreds of pounds for the OddBalls Foundation, a testicular cancer charity, which Tom was a proud ambassador of.

Although the team (Tommy's Trumpeteers) did not win the tournament, they all played with a smile on their face and beer not far away, as Tom would have wanted.

The tournament was great preparation for the Tommy Miller Memorial game on Saturday 31 July. RHS Alumni XV will take on a Nottingham Trent (Tom's University Team) XV at Nottingham's Championship ground in Lady Bay. This event will be ticketed: all the proceeds will go to the OddBalls Foundation. RHS Alumni are more than welcome to come along, if you would like to buy a ticket click HERE. Further details about the event can be found HERE.