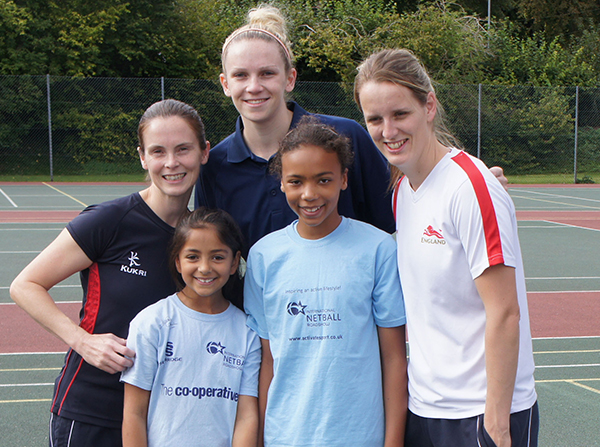 Two Year 7 pupils at the Royal Hospital School, Rochelle GS and Gracie A, had the unique opportunity to be coached by some of the best netballers in the world.

Rochelle and Gracie, both 11 years old and sports scholars at the Royal Hospital School, were two of only 25 girls across the country who were selected as ACE players at the International Netball Roadshow in 2013/14. ACE is awarded to players who, in the eyes of the coaches, showed the most enthusiasm, teamwork, helpfulness and the best Attitude, Commitment and Eagerness to learn.

Their prize for being named ACE players was to spend a day being coached by three England netball players on 27 September at Berkhamsted School. The three star players who took the training session were Karen Atkinson MBE, Jo Harten and Sara Bayman.

Lucy Adams, Head of Netball at the Royal Hospital School said, "Although Rochelle and Gracie only joined the School this September, both girls showed excellent talent and potential at our Sports Taster Days and Scholarship Assessment last year. I look forward to them playing key roles in the U12 team next term."