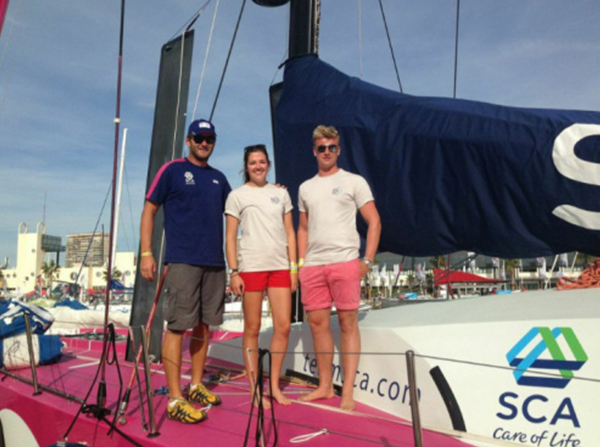 Alumni play their part in this year's Volvo Ocean Race

Two recent leavers were given the once in a life-time opportunity to be involved in this year’s Volvo Ocean Race. As a result of a kind introduction by current parent, John Hawthorn of Central Oceans, Felicity Slatter and Freddie Chiddicks travelled to Alicante at the beginning of October as Race Academy Volunteers.

In their support roles, the first few days were filled with organising umpire briefings, sorting out equipment for stop overs in Cape Town, Abu Dhabi, Aukland, Newport and Lisbon and preparing instructions for sailors and coaches. On Thursday and Friday they helped to run an Academy Team Racing event for young sailors.

The highlight of the week was when they met the Volvo Ocean Race crews and even got pontoon passes to board the boats. For the start of the race, Felicity and Freddie were given a place on an official boat which followed the fleet for the first hour and half of the race with an amazing view of the action.