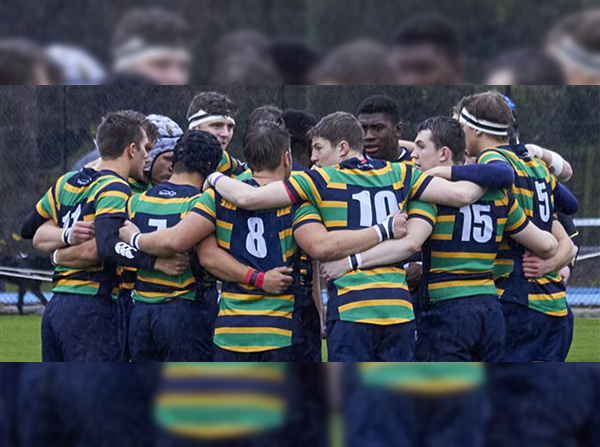 Seniors put up a strong performance at Rosslyn Park Sevens

The senior squad travelled to London with high expectations given some positive performances at the highly competitive Reigate tournament. The weather, for once, seemed to be onside and the conditions were perfect for running rugby.

First up RHS faced Birkdale School. The side streaked into an early lead through well taken tries from exploiting gaps created in the midfield. With a strong first half performance and the job done the changes made at half time as the bench came on to provide fresh legs. In the end RHS ran out 38-10 victors with a confident and businessman like performance.

Next up were Sir Josephs Williamsons Mathematical College, who RHS had faced once before at Rosslyn Park. The squad put in another clinical performance to put the opposition away 43-5 without really being troubled. Taunton School were the next side up against an RHS side now growing in confidence. Once more the team were able to play some good 7s but were possibly guilty of not taking opportunities when presented. However, they still managed to come out on top with a convincing 38-7.

This then set up a winner takes all final match vs. an unbeaten Lord Wandsworth College who had also not lost a game. Both sides started off relatively restrained in what proved to be a cagey affair. However, RHS were able to take advantage of early pressure and go a try ahead and were 7-0 to the good at half time. Unfortunately a nasty injury to captain Fawaz Olabooye just before half time seemed to rock the group slightly. As it stood RHS were very much in the driving seat for the second half. Unfortunately, some basic errors and key moments that went against the side in the second half. As a result RHS fought until the end but came up short in a disappointing loss. 19-12. Thus meaning the team would be placed second in their group.

The side then had a nervous wait to hear whether they might qualify for the two runners up places available and progress to the second day. Unfortunately, they missed out by only a matter of points and waved goodbye to Rosslyn Park for another year.

Well done to all involved.