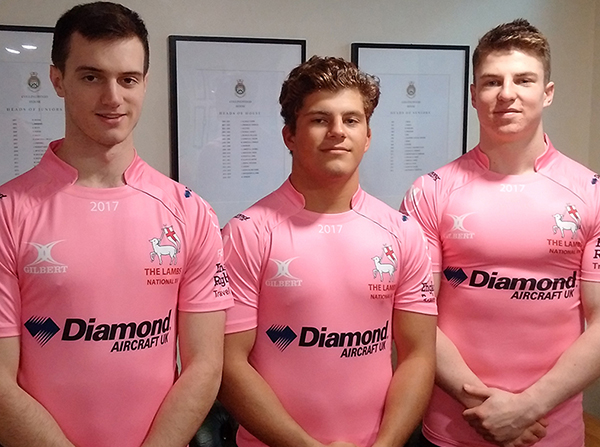 On Sunday 8 January a rugby festival involving sides from the North, Midlands, South East and South West selected from many of the country’s leading independent schools took place. The school had five players involved; Charlie Ewen (CD), Cedric Hoskyns-Abrahall (CD), Toby Allday (CD), Ed Fletcher (SV) and Toby Buckland (HK). All boys performed outstandingly on the day and did themselves and the school proud. However, after a selection meeting it was Toby Allday, Cedric Hoskyns-Abrahall and Toby Buckland that were selected for the national side.

This is the third year running our players have been selected for squad following George Butt and Toby Eaton in 2015 and Toby Buckland who played in 2016 and has again secured his place. The Royal Hospital School are the top represented school in the squad, further showing the growing rugby pedigree. The three boys will be involved in an extensive fixture list against the likes of Saracens Academy and Worcester Academy as well as the opportunity to undertake a tour of Canada over the Easter break.