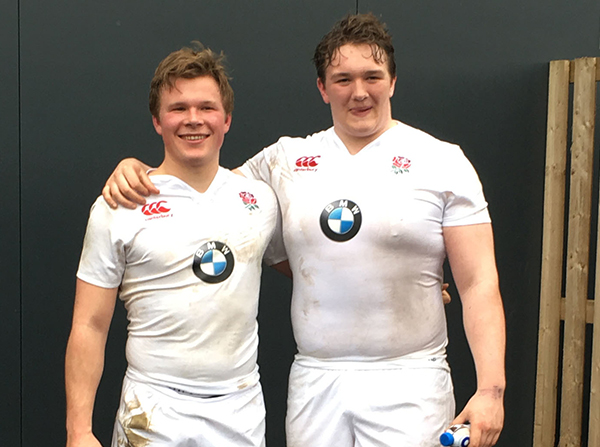 Alex Rayment (Year 13) was selected for the England U18 this Easter and represented his country against both Ireland and Wales where he played in both matches and gained his cap. Alex helped the side towards victories in both matches, beating Ireland 15-12 and Wales 41-9.

Alex, who gained a contract at Northampton Saints earlier in the month, was justifiably rewarded for his work with a call from the selectors. Having set his sights on playing for England from an early age, he has represented the school through all age groups. We are sure this is just the beginning for Alex and hope he can continue next year at Northampton and push for a starting place in years to come.

Please click here for the England vs Wales match report.

Congratulations to Alex and we wish him all the best as he now moves on after his exams and begins life as a professional rugby player.