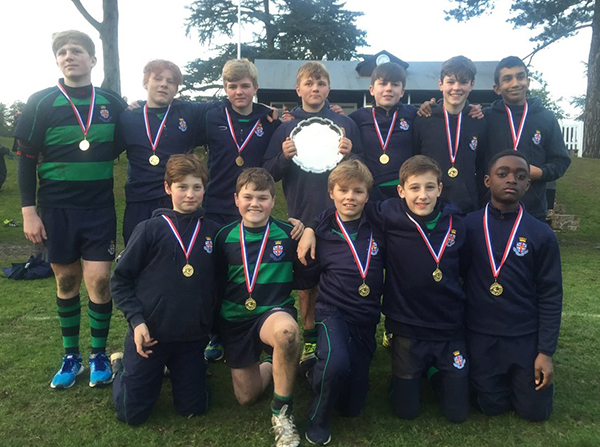 The U13s were at Caldicott at a midweek sevens tournament last week and following a successful Suffolk 7s tournament, were full of optimism.

They won against Abingdon 25-0, drew to Millfield and lost against St Pauls. As a result they qualified for the Plate competition, facing Northcote Lodge to win 20-0 and St Benedicts, Ealing with a 20-10 result. The final was against Dulwich in which they drew 20-20 but as a result of three bonus points, the RHS boys were crowned Plate winners.