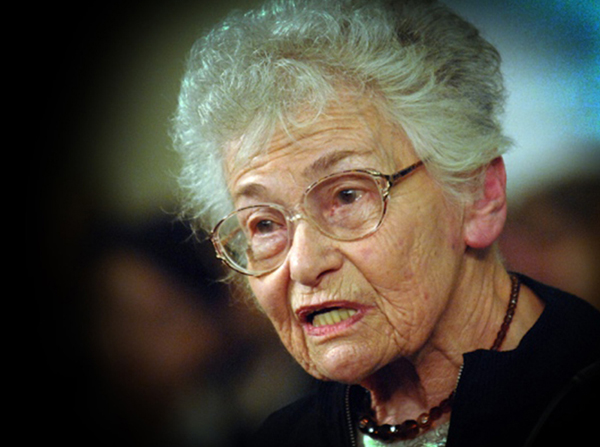 RHS has entered a team to compete in the Dora Love Prize, a schools competition that invites participants to learn more about the Holocaust.

The competition was set up by Holocaust survivor Dora Love in 2012 who settled in the East of England after the war and now consists of nearly 20 schools from Essex and East Anglia who take part in this prestigious regional event. Pupils collaborate together on a project around a theme, which this year was announced as ‘the power of words’. Projects can come from any area, ranging from the creative and performing arts to history, religious studies and politics and can include projects based in the local community. The submissions can be a written report, but they equally welcome poetry, posters, photographs, performances, specially organised events, or any other form that encapsulates the main theme.

The winners of the Dora Love Prize will then have the chance to present their projects during the University of Essex Holocaust Memorial Week at the Lakeside Theatre, and their school will receive an award to support Holocaust awareness and general human rights education.

The first team to enter from RHS are ten Year 9 pupils who attended the opening session of the competition at the University of Essex and were privileged to hear a talk by Holocaust survivor, Frank Bright, who lives in Ipswich, as well as workshops about the Holocaust and a session on how to put together an interesting project. From now until December, the RHS team will be working to build together a project that reflects this year’s theme hoping to return to the university to present to the judges in January.