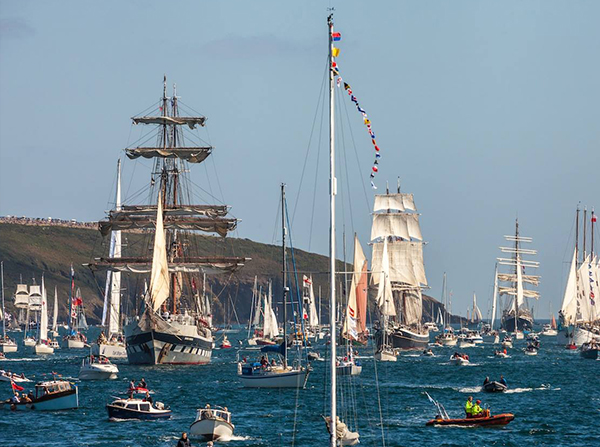 On the 31 August a fleet of over 40 ships of many nations set sail from Falmouth to race to a finish line off the Isle of Wight. The ships, including full rigged, brigs, schooners and ketch, then made their way to Royal Greenwich arriving on the 4 and 5 September.

As a result of the generous support of Greenwich Hospital, RHS was able to enter two crews of 12 boys and 12 girls through the Tall Ships Youth Trust, the world’s oldest and largest sail training charity for 12 to 25 year olds.

The 24 boys and girls from the Royal Hospital School, all aged between 15 and 17 years, took part on two identical 22m yachts; Challenger II and Challenger IV, that were built to take part in the Global Challenge round-the-world yacht races in 2000.

Both crews did extremely well in the race and will take away some life-long memories of their experience.

On arrival in Greenwich they were visited by the Countess of Wessex who spoke to the pupils about their trip and was reminded of her past visit to the School. On 6 September more than one million visitors came to Greenwich to enjoy the highlights of London’s Tall Ships Regatta. The day culminated in a Crew Parade through the Royal Borough and a prize-giving ceremony in front of the Queens House, where the Royal Hospital School began just over 300 years ago!