RSS Feeds Subscribe to Alerts
Straight As for Issy 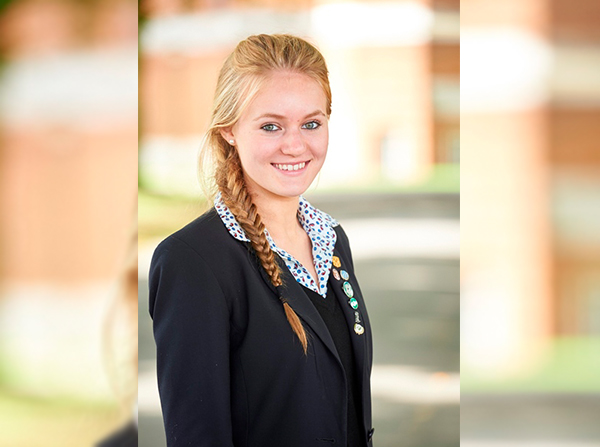 Last year's Head of School, Isabelle Williams, is delighted with her straight As in History, German and Classical Civilisation and an A*in the Extended Project Qualification (EPQ) in which she investigated The Impact of the Russian Revolution on the later Cold War. These results have confirmed her place at Bristol University to read History.

Head of Sixth Form, Chris Graham, said “Throughout her seven years at the Royal Hospital School, Issy has shown the grit and determination to succeed. She has made the very most of every opportunity showing particular prowess in debating, public speaking and Model United Nations. Alongside her demanding duties as Head of School, which have involved hosting Royalty, speaking at numerous functions and events and leading the whole-school ceremonial parades, Issy was awarded the National Maritime Museum prizes for outstanding achievement in History, the Todd Declamation for public speaking and was Highly Commended at MUN conferences across the country for her presentations on Human Rights. I wish her all the very best, she thoroughly deserves her place at Bristol”.