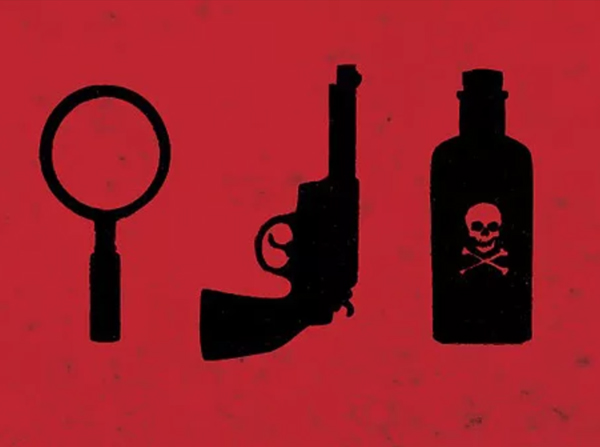 On Tuesday the 4th of October, Miss Cook organised and hosted the Spanish Department Murder Mystery, which opened the Riddle Society series of talks and events for this academic year. 48 Pupils from Year 7, 8 and 9 attended the event and had a great time working out who killed Mr Croft. No previous knowledge of Spanish was required for Year 7 pupils, so they were divided into 8 teams with pupils from all three year groups. Each team included members of Year 8 and 9 currently studying Spanish, who were fantastic at leading and helping younger pupils.

The task was to solve the mystery of Mr Croft’s murder by examining plenty of information about the suspects’ whereabouts and routines. The challenge was that all the information was in Spanish, of course! Collaborating with other pupils, using previous knowledge of Spanish and working out the meaning of cognates were the key to unlock the mystery. Their findings had to be presented in a report, completely written in Spanish, and the winning team had to successfully identify the killer and produce the best report in terms of clarity and accuracy.

All teams worked with enthusiasm and thoroughly enjoyed the activity. Most of them correctly came to the conclusion that Miss Adams had murdered Mr Croft by giving him a poisoned cup of coffee, but the quality of their report meant that the prizes went to Zion A, Rufus G, Rachael I, Jasmine W, Saskia H-S and Amelia B. They were all presented with their Amazon vouchers in Assembly on Monday the 10th of October.

The Spanish Department would like to thank Miss Cook for masterminding a fun and engaging activity that really stretched and challenged everyone.