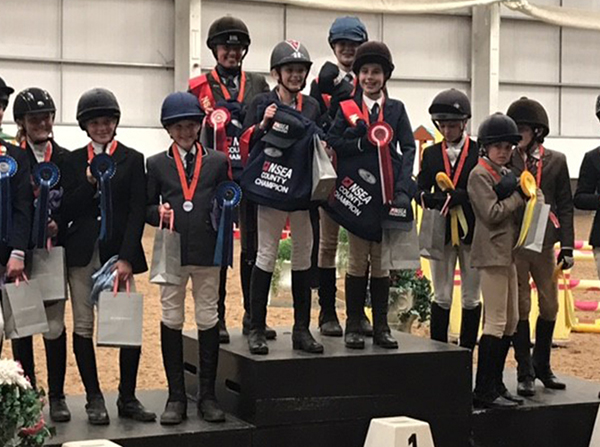 In what seems to be an unstoppable show jumping season RHS riders will represent England in the NSEA Nations Cup later in the year after a successful weekend at the National Show Jumping Championships held at Bury Farm in Buckinghamshire.

Teams jumping at 80cm, 90cm and 1m competed over three days against 32 teams from schools from all over the country battling for their place on the national side. Having already been crowned county champions just a few months ago, our pupils were strong contenders but faced determined opposition.