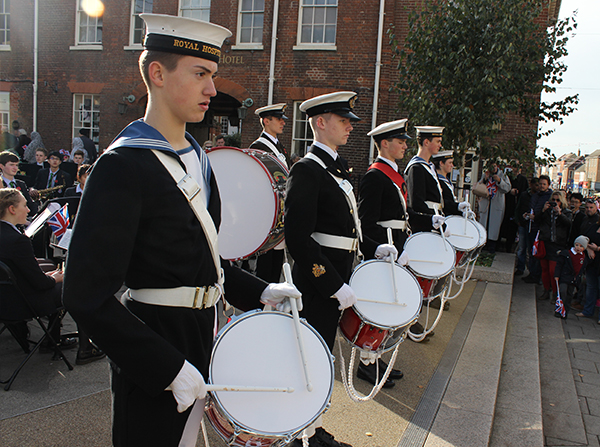 RHS Band play for the Queen's visit to Newmarket

Today Her Majesty the Queen was in Newmarket - the headquarters of British horseracing to officially unveil a statue of herself and open the new National Horse racing Museum.

Crowds lined the High Street and flags were handed out by army and sea cadets, waving in the autumn sun as the excitement built. The Royal Hospital School Band was specially invited to entertain the crowds and were a hit with onlookers of all ages.

As Her Majesty passed she undoubtedly turned and smiled to the proudly playing band who were a credit to the school in their professionalism and performance. Well done to all those who took part in this truly once-in-a-lifetime opportunity and thank you to all those who helped make it possible.