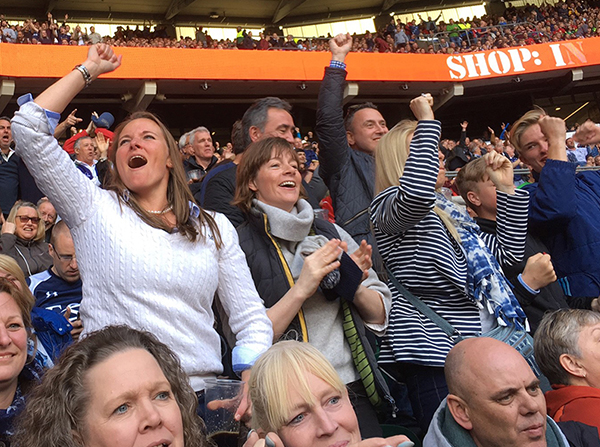 RHSA: Army vs Navy at Twickenham

On Saturday 29 April, the RHS minibus headed down to the home of rugby; Twickenham to the 100th Babcock Trophy Army vs Navy rugby match.

Former RHS pupils young and old enjoyed pre and post-match drinks and reunions hosted by Lucy Pembroke and Monty Callow. The event now in its third year, is now a firm fixture in the RHSA calendar proving itself very popular with the School’s 150 ticket allocation which sold out in four hours! They joined a sell-out crowd of over 81,000 who cheered on both the Army and Navy sides and although the Army were always in control, they were never totally secure but managed to hold on for a deserved 29-20 victory.

Preceding the main match was the Veterans Championship, Masters vs Mariners fixture which saw three of our alumni Jim Melhuish, Matthew Smith and Chris Thompson take to the field in the Mariners team. They unfortunately lost to the Masters 68-27.