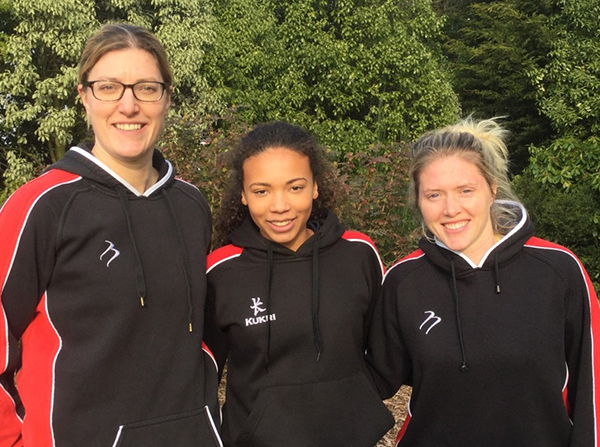 Rochelle G-S took to the court for the first time on Sunday 22 January to play netball for the Ipswich Ladies regional team. To make this occasion even more unique she was named in the starting 7 alongside two of her teachers; Miss Adams, Head of Netball, and Mrs Stevens, Deputy Head Academic.

Miss Adams said: "This was a fantastic day for Rochelle, she has been part of the regional training squad since the start of the season and has really proved herself in training over the past few weeks. She deserved her spot in the starting line-up and performed excellently which resulted in her staying on court the entire game which is a real achievement. She turned over several balls and made numerous tips which were crucial to the game, and it is fair to say she took a vital role in helping the side to secure a win in a close game which ended 38-34. It is a real pleasure to be able to train and play alongside Rochelle. She is developing at a fast rate and her understanding of the game has really come on. I hope this is only the start of a long playing career at this level and I look forward to playing alongside her in the future."