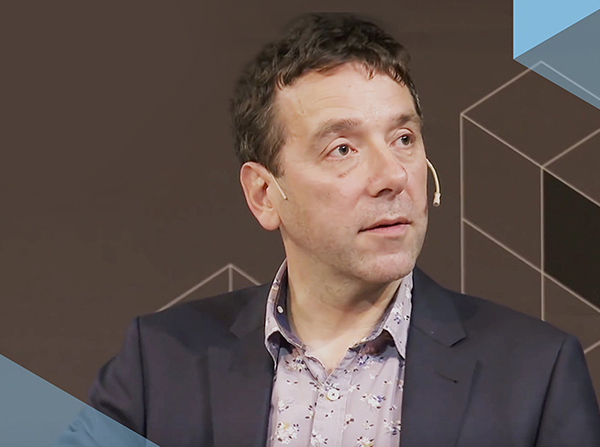 On Friday 18 November Royal Hospital School was delighted to host Professor Jon Butterworth, Head of the Physics and Astronomy Department at UCL, who came to help judge the Year 8 Science Fair and give a masterclass on particle physics for Sixth Form physicists and some keen Year 11 pupils.

The Science Fair took place in the afternoon when pupils presented the results of projects they had been working on in Science lessons over the previous few weeks. The assembly hall was packed with a whole range of displays and demonstrations. Visitors, including teachers, parents, Year 7 pupils and a panel of judges were invited to find out, among other things, how miracle berries make limes taste sweet, how Swegways work and whether branded chocolate really does taste better than supermarket chocolate. Other groups tried to find out if it is easier to remember a picture in black and white or in colour, how candle flames can travel and whether the size of a putty ball affects the bounce. Homemade hovercraft were used to show the effects of lift, giant bubbles engulfed people and a mini parlour was set up to show the chemistry of ice cream. These are just a few of the 32 projects that the judges were tasked with assessing.

After a lengthy debate, the judges finally chose the winning projects. Third place was awarded to the pupils who investigated ‘What made the sugary snake?’; the judges particularly noted their ability to explain the science behind their findings. The group that investigated ‘What makes glow sticks glow?’ were awarded second place for their thorough investigation, including their risk assessment, identification of variables and description of results. The winning team investigated ‘How video games affect the body’. The judges were especially impressed with the organisation of the investigation, including how the data was collected and presented, how the results were made valid and the conclusions drawn by the pupils.

Following the Science Fair, Professor Butterworth delivered a fascinating insight into his work at the Large Hadron Collider in CERN that, in conjunction with other scientists, lead to the discovery of the Higgs Boson. He described how the high energy protons are kept in orbit around the circuit and how the products of the collisions can be detected. As we probe smaller and smaller particles, they need to be accelerated to higher and higher energy; this was expertly explained with the aid of a ripple tank video. The pupils were hanging off his every word and many queued for a signed copy of his book Smashing Physics: The Inside Story of the Hunt for the Higgs.

It was a great opportunity both for Year 8 pupils and our Sixth Form to interact with a leading scientist at the forefront of his field.