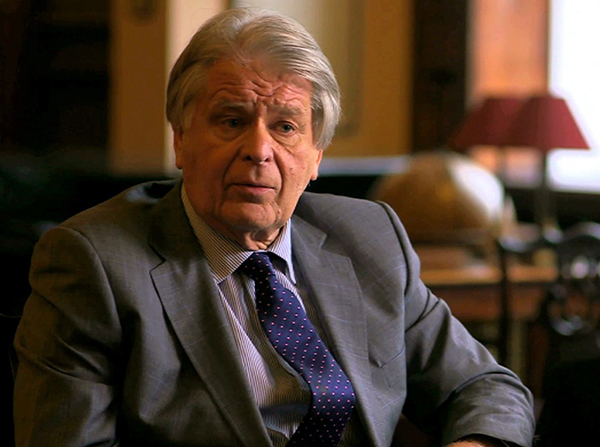 The Studd Society has been this year launched for Years 10-13 to stretch and challenge our senior pupils in Years 10-13. The Studd Society is named after a former pupil of the Royal Hospital School who was in Cornwallis house from 1951 to 1957, Professor John Studd DSc MD FRCOG. Professor Studd is a world renowned consultant gynaecologist who pioneered the use of Hormone Replacement Therapy (HRT) and continues to be involved in developing menopausal treatments today. The first meeting of the new society was in October and was a fascinating interactive presentation by A Level Psychology students exploring ‘The Psychology of Behaviour’ for a non-specialist audience.

Professor Studd very kindly agreed to speak at November’s meeting. Last Friday 90 pupils and staff came to hear him address the provocative question of “19th Century attitudes to women and sex in medicine, art, literature and music”. The talk was really powerful and very provoking; no-one in the audience had realised quite how badly women had been treated by the medical profession and how warped had been the view of the nature of the female of the species.

There were lots of questions after the lecture and a considerable number of pupils spoke to Professor Studd afterwards. As Mr Christmas who organised the evening commented: “It was great to have so many Year 10-11 pupils in the Jellicoe Room on a Friday evening and shows there is plenty of intellectual curiosity at RHS”.