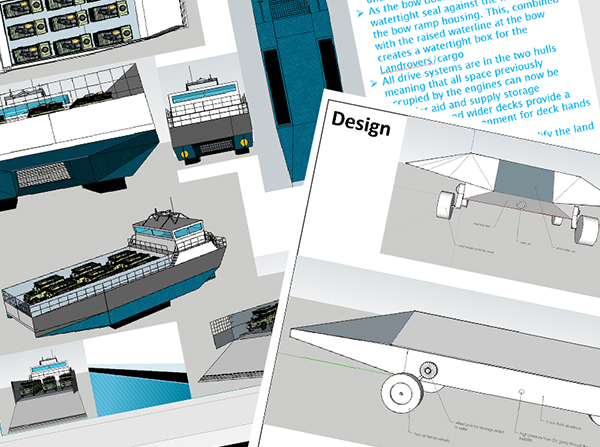 RHS pupils through to next stage of national engineering competition

“A hurricane has hit the Caribbean with the British Overseas Territory of Angel Island being the worst affected. There are urgently-needed food and medical supplies on Sand Island about 4.5 miles to the North West of Angel Island. However, the air strip at Sand Island has been damaged and there is no way of airlifting supplies to Angel Island. The water surrounding Sand Island is also littered with debris, therefore ships are not able to get into port. HMS ALBION is in the local area. We need a ship with the ability to proceed to Sand Island to retrieve the stores before transporting them to Angel Island.”

Although a fictitious scenario, you just have to turn on the news to see communities devastated by natural disasters and people battling against the elements and destruction in an effort to give vital aid. The Royal Navy, in partnership with Young Engineers, has launched Operation Amphibious Angel to test the minds and skills of pupils across the country to see if they can overcome this challenge.

They are tasked with researching, designing, and costing a vehicle that will most effectively complete the exercise as well as building a remote control fully-functioning model. These models will be put through their paces in a series of time trials held the National Final at HMS Sultan on the 17 March 2017.

The Royal Hospital School has assembled two teams from Years 10 and 11 to complete the mission; Team Sea Snake and Team Sea Lion. Their well-thought out designs have secured places for both teams in the build stage of the national competition. Mr Edmondson, the School’s Naval Liaison Officer and teacher of Physics said of the project, “I am immensely pleased with the determination and work ethic that the RHS teams have so far demonstrated. Now the hard work begins as they build their crafts and compete against teams from across the country in front of the experts from HMS Albion.”