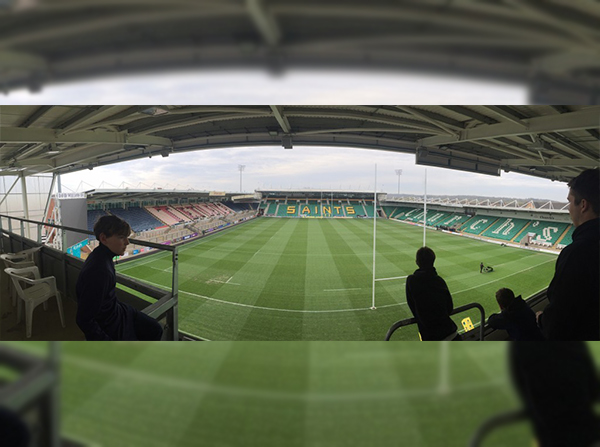 RHS took part in the U13s Regional Finals at Northampton Saints. They started the day with a guided tour of Franklin’s Gardens, taking in the sights and looking through the changing room, gym, pitchside areas and trophy cabinet. An inspiring visit in preparation to their afternoon of matches on the training pitches.

RHS began proceedings playing their first game against a well organised and talented Wellingborough School. Noah B and Tunde M worked well to take the game to Wellingborough, however, RHS fell just short and trailed at the final whistle. The group was thrown wide open following RHS’s demolition of Walton High in the final pool match to sneak in at top spot in the group.

RHS advanced to the semi-final match in the cup competition, looking for a victory to take them through to the final and play on the first team pitch inside the stadium. RHS played a talented King Edward’s School side, and having sustained a dead leg and an eye injury, RHS played valiantly to the final whistle, just losing 12-17.

The whole squad had an excellent day out and enjoyed their rugby, both on and off the pitch.