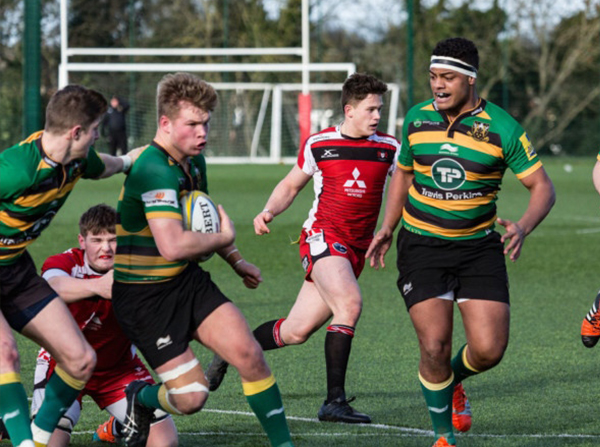 Alex Rayment, Year 13 St Vincent, has been offered a one-year professional contract by Premiership giants Northampton Saints as part of their recruitment programme within the Eastern Counties region. He will join the Northampton first-team set up in pre-season this summer.

Alex is a hooker and as well as being playing a pivotal role in the Royal Hospital School 1stXV he is also a member of Bury St Edmunds RUFC.

Alex said "I joined Saints at the end of year nine and I was in the back row when I moved up to the Junior Academy. At 16 I was not considered tall enough but they saw my potential as a hooker and I have worked on my key elements ever since for that role. I focus a lot on scrums and hitting the right line at line-outs, which isn't easy. I am looking forward to working hard at Saints and hopefully I will get a couple of appearances and gain experience going out on loan perhaps even a call up to play England U20s if all goes well."