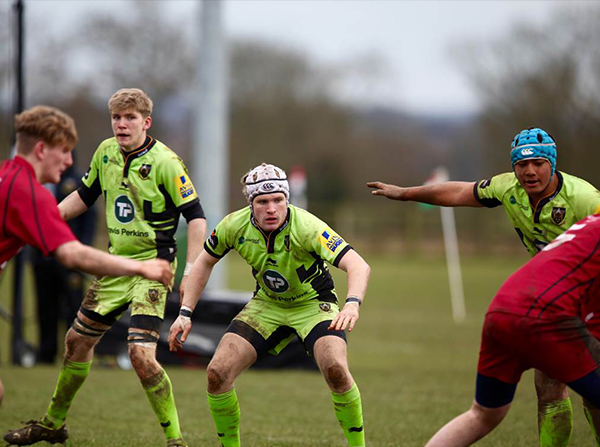 Congratulations to Zac Puckey, Year 11, for being chosen to represent Northampton Saints Academy on Sunday.

Zac played in three games against Leicester Tigers, twice, and Wasps at Lutterworth RFC on Sunday 6 March. He played an important role in all games and made a great impression playing in both the back row and at hooker. With a handful of training sessions and one more game to be played before the Wellington Festival, Zac is hopeful of being included.

Good luck for the future!