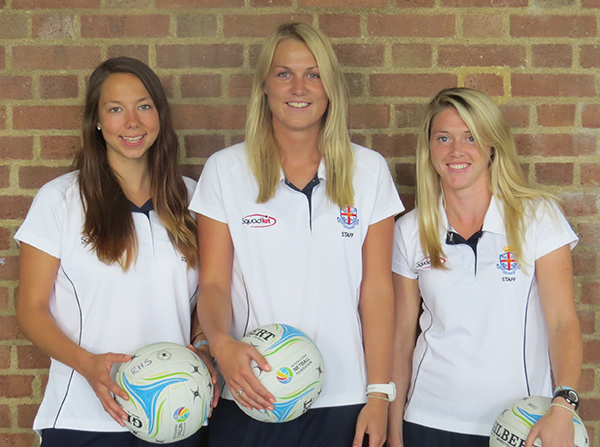 The Royal Hospital School announces a new team of talented coaches to take girls netball to the next level. Miss Lucy Adams, a former Super League netball player, has taken over the key role as Head of Netball and she is supported by Miss Katie Chambers and Miss Jenny Monger who are delivering technical coaching sessions. The team is dedicated to developing individual ability within a cohesive team ethos, with the aim of establishing the Royal Hospital School as the leading school in the region for the sport.

Lucy Adams said, "Already the School is nurturing and developing talented athletes with a number of players in the Suffolk Academy. Carefully designed and prepared training programmes are put in place in order to develop these players into elite performers. Two young Sports Scholars have also recently been selected for the prestigious Super League Mavericks Development Squad. Well done to Rochelle Gordon-Scott and Frankie Stenning. RHS netball is thriving and we are committed to the development of our players. As well as their full school fixtures list and county commitments, the girls are working towards an international tournament in Paris in March 2015."