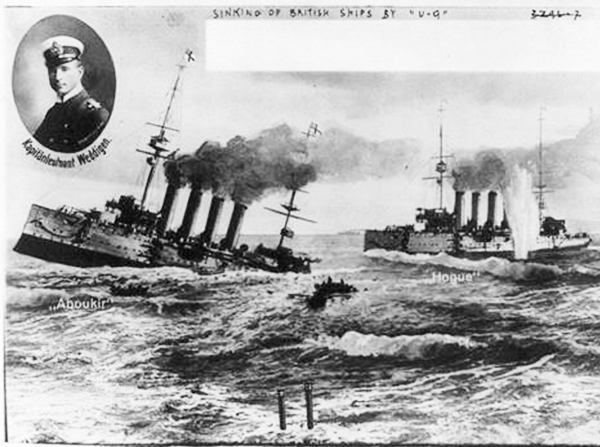 On Tuesday 22 September 1914 three cruisers – HMS Cressy, HMS Aboukir and HMS Hogue – were on patrol off the Dutch coast, mainly crewed by reservists and trainees. Tragically, they were all sunk by a German U-boat with the loss of around 1,450 sailors. This was the first real engagement for the Royal Navy in WW1.

A number of those who served on board these ships were ex pupils of the Royal Hospital School, Greenwich, and, as a result of some research and archive recovery, the names of those who were lost are on display in the School’s Heritage Centre.

On Monday 22 September, a Memorial Service is being held at Chatham Dockyard, which was the home port of the three cruisers, and a representation of RHS staff and pupils has been invited to attend the drum head service. The School is honoured to be part of one of the first major naval memorial events in the calendar to remember those who died during WW1.