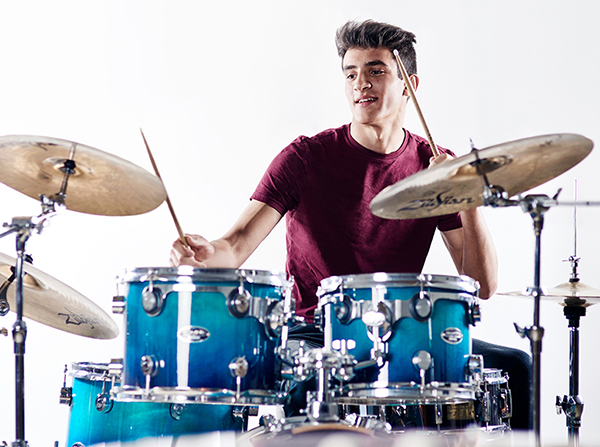 Chosen for his talent, dedication and passion for the music industry, Madison will have his Music Production Degree fully funded and will graduate from ACM's Guildford campus free from tuition fee debt. Madison was ecstatic to have received 2017’s Music Production Scholarship saying “I applied for the Music Gateway Music Production Scholarship at ACM because I loved the potential opportunities that it held. I am so pleased to have won and am really looking forward to the next two years studying at ACM and working with Music Gateway!”

Many worthy applications were submitted and ACM tutors had the tough task of creating a shortlist before industry and technology partners of the Academy, Music Gateway, chose a winner. Jon Skinner CEO of Music Gateway said “It was extremely tough to come up with a winner as we had so many outstanding applications. It's really inspiring to see such a high level of dedication and creativity from a broad range of young candidates. Congratulations to our winner Madison and everyone who entered."

William Saunders, Director of Music at the Royal Hospital School commented, “It’s a fantastic achievement for Madison who explored and developed a passion for a wide range of music while here at RHS. A very deserving candidate, it’s always a pleasure to hear how well our former pupils are doing and wish Madison the best of luck for the future.”