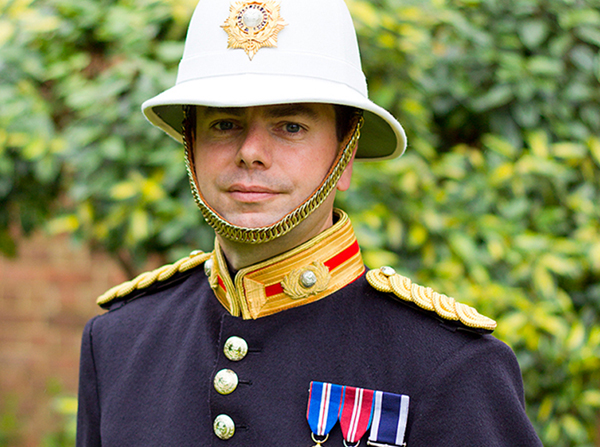 On Thursday 12 January 2017, Warrant Officer First Class Simon Tripp, the Corps Bandmaster of Her Majesty’s Royal Marines, will be returning to the Royal Hospital School in Holbrook to give a lecture on life as a military musician.

Brought up in a Naval family, Simon attended the Royal Hospital School and left in 1987 after being awarded the prestigious ‘Silver Flute’ by the school band. He joined the Royal Marines Band Service as a 16-year-old trombone player, and progressed through the ranks to his current position, in which he is responsible for the career management of all Royal Marines musicians.

Warrant Officer Tripp is also a prolific arranger and composer of music, and his works have been featured many times at the Royal Albert Hall, and played on Classic FM. His original composition, Spinnaker Ronde, was written for the opening of the 170m high Spinnaker Tower in Portsmouth in 2005.

Simon will be returning to RHS on Thursday 12 January to give a talk on the Royal Marines Band Service, and on the place of military music in the modern world. This fascinating insight will include personal anecdotes from his 30 years’ service, and is aimed at a broad audience – whether considering pursuing a similar career, or just curious to hear more about Simon’s time in the world’s finest military band, there will be something for everyone.