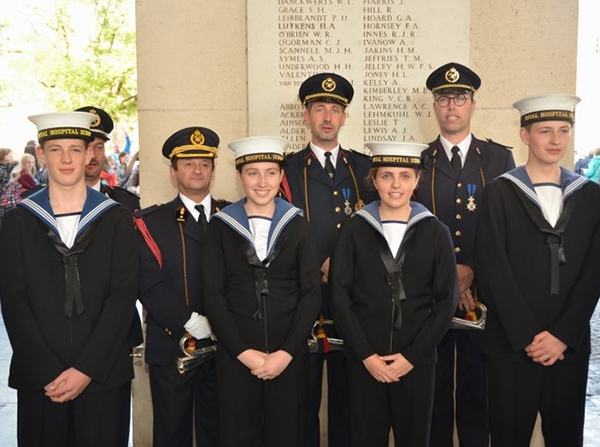 The Last Post Ceremony happens every day at 8pm in Ieper, Ypres in remembrance of the courage and self-sacrifice of those who fell in defence of their town. At 7.55pm the Buglars arrive and at exactly 8pm they sound the "Last Post".

RHS pupils Abbie S, Conor D, Henry B and Emily F took part in an extended ceremony and laid a wreath while Mr Donaldson gave the Ode of Remembrance.

As ever, the pupils were a credit to themselves and RHS, both in their turnout and conduct.

To find out more about the Menin Gate ceremony click here.