Fireside Chats at RHS are designed to encourage our pupils to gain valuable insights from alumni who are leaders in their fields. It is often the ups and downs of RHS and life that lead to the resilience required to succeed and to learn from failure. Hundreds of pupils have attended these events normally hosted by the Headmaster over at Holbrook House. Pupils have engaged with pioneers of inclusion and diversity in sport, entrepreneurship, technology, film and documentaries, science and health care, finance, aviation, marketing and civil society, just to name a few.

During lockdown we have been taking the opportunity to open discussion up to a broader audience via MS Teams. We were absolutely thrilled to have Major General Gary Deakin (Collingwood 1984), Deputy Chief of Staff, NATO join us for one of our 'Virtual' Fireside Chats. Gary's discussion explored three major themes: Self, Teams and Networks, and Resilience. Gary's high energy character and story exemplified why the distinct RHS education, our alumni network and, most importantly, our 'levelling' makes for driven, resilient and caring leadership. 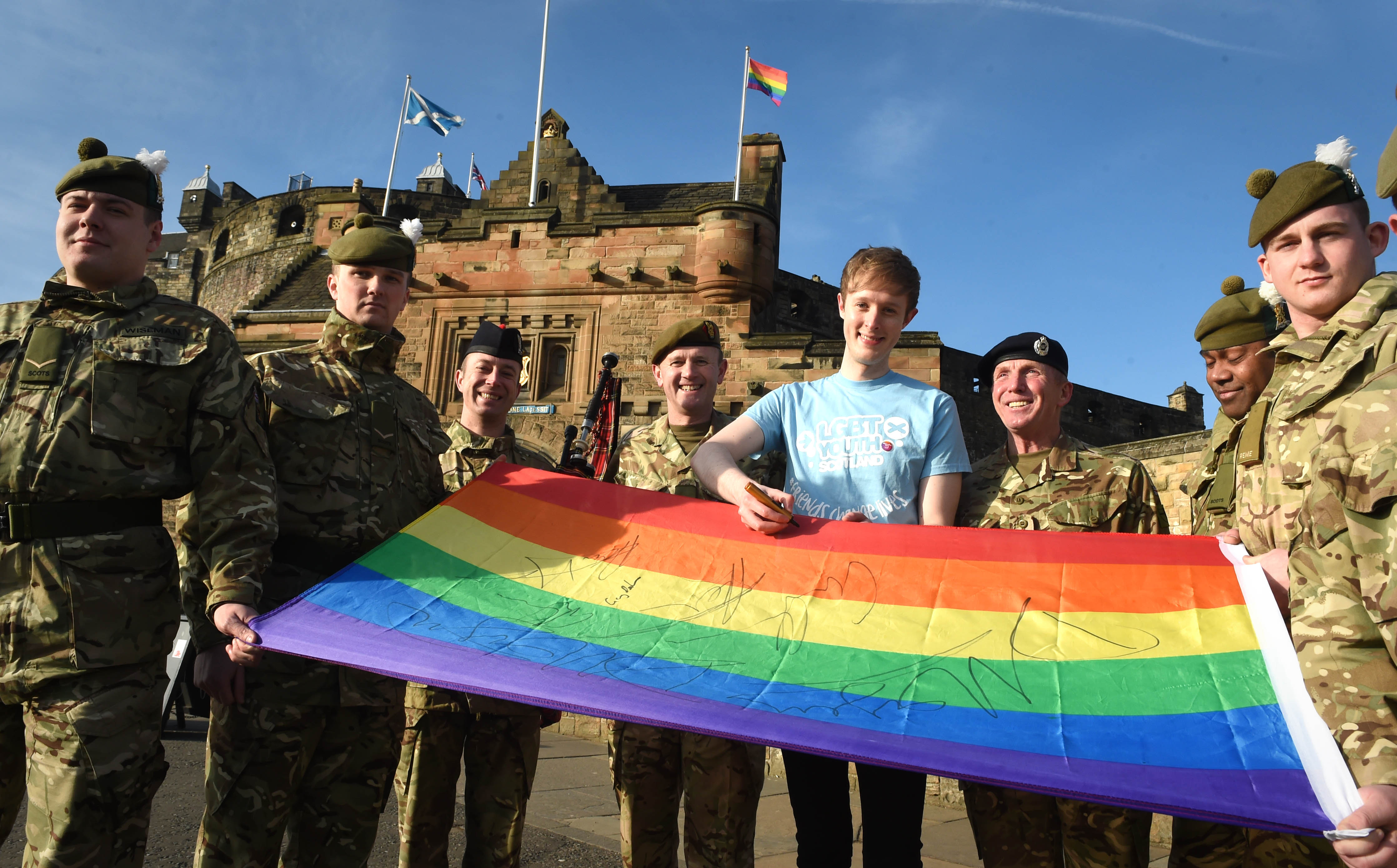 The talk covered many moving and fun anecdotes from meeting with the great and the good including the Queen and Barack Obama, his pride in raising the Rainbow Flag in Scotland for Stonewall (now an annual tradition at all bases), to tales of literally having his life in the hands of fellow RHS alumni serving around the world. It was also about RHS origins, including the lasting impact of the Falklands war on a junior in Collingwood when Gary was a senior and how he had carried the look in that lads eyes into his professional judgements.

The expounding of these themes gave pupils some great take away phrases and concepts. These included: become a leader people follow by first caring deeply for those you lead; continued development means 'learn not learned'; develop critical thinking, skills he learned from his Housemaster Mathew March and English teacher Bob Good; value the opinion of others because 'ideas have no rank'; speak truth to power; properly balance the three legs of the stool of life: self, career and family (which Gary learnt too late); value the importance of neural diversity; increase the talent pool by putting yourself out there to stand up for others including around diversity and LGBT rights; seek help when you need it and face your weaknesses.

Above all else pupils were encouraged to 'expect the unexpected'. After all, Gary only really shifted gear when he chose his A Levels and he chose the army because his family took a dim view on the value of university. Gary could never of imagined he would be where he is today when a boy in Collingwood.

Gary was asked some excellent and challenging questions from his favourite subject at RHS to how he justifies and lives with the decisions he has had to make in combat situations in Bosnia, Northern Ireland, Iraq, and most poignantly Afghanistan.

You can watch the discussion in full above. Further below you can read read some of the "if I knew then what I know now" advice for pupils Gary sought from fellow RHS (Alumni) Association as part of his preparation for the talk... 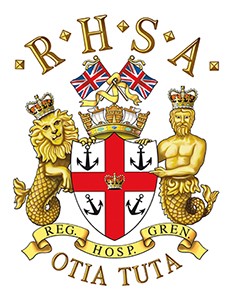 Be true to yourself on a personal level, accept your weaknesses and try and build on them, understand what makes you who you are and use that to your advantage. Only by being true to yourself, can you be the best person you can be.
Nick Gill (Collingwood 1988), Construction Industry (Health and Safety)

I wish I knew that there was a weekend in November that I could come back to the school and take part in sporting and other activities with likeminded friends that I have not seen for years.
Richard Cantelo (Collingwood 1981), Consultant Anesthetist

Exam results only get you part of the way there, strength of character and a wide experience of different activities matter just as much.
Aimee Frankham (Cornwallis 1995), Business owner

Life is an adventure, look it square in the eye and take it on.
Rev. David Price (Drake 1963), Pastor

Life is a confidence trick! It is not about how good you are at sports or exams it is about being confident in yourself and not backing away from life's challenges.
Phil Weston (Anson 1980), Business Transformation Manager

Accepting your mental health might become an issue and knowing it can affect anyone is an important starting point. Everybody makes mistakes, the biggest mistake is not learning from them!
Helen Leek (Cornwallis 1999), Paramedic at a UK Ambulance Service

Do not leave anything on the table. Better to try, and regret, then not try and always wonder.
John Baker (Collingwood 1990), Financial Services Industry

Do not lose sight of the bigger picture, it is too easy to think about the here and now, when your next step is simply one of many that you take.
Mike Pamment (Hood 1989), Principal Consultant Engineer, BAE Systems

That learning does not stop when you leave school, in many ways it starts!
Brian Gatward (Cornwallis 1968), Retired Engineering Training Manager

Be confident in your own abilities and do not let anyone else tell you what you can and cannot do. If you do something you late regret chalk it up to experience, apologise to anyone you hurt, and move on. Do not ever dwell on it.
Neil Hardy (Drake 1980), Entrepreneur

Look up for inspiration. Look down in desperation. Look left and right for confirmation.
Gareth Strong, Security (Blake 1990), Gatwick Airport

Everybody suffers from imposter syndrome. We are all just winging it...
Rebecca Winward (Cornwallis 1996), Copy Writer

...I do not know of any Professor or senior leader I have spoken to, who privately does not admit that [we are all winging it]. Despite not being one of the chosen ones (Chief) or the brightest pupil, you can do well based on enthusiasm, teamwork, being fun and helpful.
Professor Philip Howard OBE (Cornwallis 1983), Consultant Pharmacist

Nobody thinks about you as much as you do. Remember that, lol.
Rich Lancaster (Collingwood 1979), Entrepreneur, Luxury Goods

If you find yourself in an organisation that you feel is wrong do not fight it learn to change it from within alternatively change your view or move on. Like any good sculpture you must chip away gradually.
Mick O'Connor (Blake 1979), Retired, Senior Manager BT

If you want to lead, do so by example and surround yourself with better people than you.
Justin Hannan (Howe 1992), IT and Computing

Strive for the best and do not coast in any career, everyone should aim high.
Gary Watkinson (Cornwallis 1975), Corporate Investigator and Security Consultant

When you first start contemplating your future career do not be pressured by others' expectations based on how well you might have done at school, predicted salaries or so-called status. Think what really interests you and go for it.
Geoff Tozer (Howe 1966), Retired Taxidermist and Ancient Coin Collector, Motorcyclist

I would say push ahead regardless. That was what I was taught and that is what I do. Much like a ship it seems.
Laura Jayne Walkerdine (Cornwallis 1999), Media Campaign Coordinator

As someone who left the school in 2012 and since been through a few jobs, I am now at RMA Sandhurst doing my officer training. I would stress the importance of finding a job that is a passion and not just a means to a good wage.
Sam Smith (Nelson 2012), Officer Cadet Royal Military Academy Sandhurst

Leadership is motivation of your subordinates. Learn what motivates your subordinates as individuals and as a team. If you deliver the motivators, they will deliver results.
Andy Ashworth (St Vincent 1981), Naval Engineer

Do not forget other people have feelings but follow your own course, you do not know what life might throw at you later which might interfere with your hopes and dreams.
Mike Moxey (Howe 1971), Retired Senior Police Officer

That university is a very expensive way to find out that other career paths pay the fees and you to study
Ashley Curly Gibson (Nelson 2005), The Royal Fleet Auxiliary

Most people in a problem generally can only explain 'symptoms' of the problem, step back, take a different view and you will uncover the root cause.
Andy Iddon (St Vincent 1992), Technology Consultant and Business Owner

Your current self does not dictate your future potential. Have the courage, integrity, and resolution to follow the path that is right for you. Treat people how you would wish to be treated in turn.
Andrew Rimmer (Raleigh 1979), Sales Manager and Rugby Coach

You do not know everything you just think you do. Work hard play hard in that order. Listen to your elders even if they are a couple of years older, they still have a few more years' experience.
Steph McNally (Blake 2011)

Follow your own path and stand as an individual who does not need their actions 'liked' to achieve well in life
Vicci Mulholland (Blake 1998), Marathon Runner

Have a good time when you are young. By the time you can afford it it is too late. In business ALWAYS buy the premises that applies to any business when it goes wrong you have something to sell so that you can start again.
Roger Parker (Raleigh 1963), Chairman & CEO Local Vending Ltd

Do not feel pressured to know what you want to be or do as a career in your school years
Spencer Clark (Drake 1995), Director at ATS Heritage

You can always aspire to be something or someone, however it is the love for people around you that makes you the real person you can be.
Nick Kenworthy (Hawke 1985), Sales Director at Appleby Westward Group

Pick up a guitar and learn a little each day; it will be a lifelong friend.
Robin Davies (Howe 1982), Bank Manager

I wished I had known that many people you meet in life do not have the qualities and standards that RHS gave me. Honesty, hard work, conscientiousness, caring for others etc. This can be frustrating, but do not get angry with them.
Ken Knott (Anson 1965), Physics Teacher

Life is like chess; in that every action or decision you take usually have longer term outcomes. Some that are planned and short term, or come later unexpectedly, some are lucky calls and others not so good.
Peter Prendiville (Collingwood 1984), Information Security Consultant